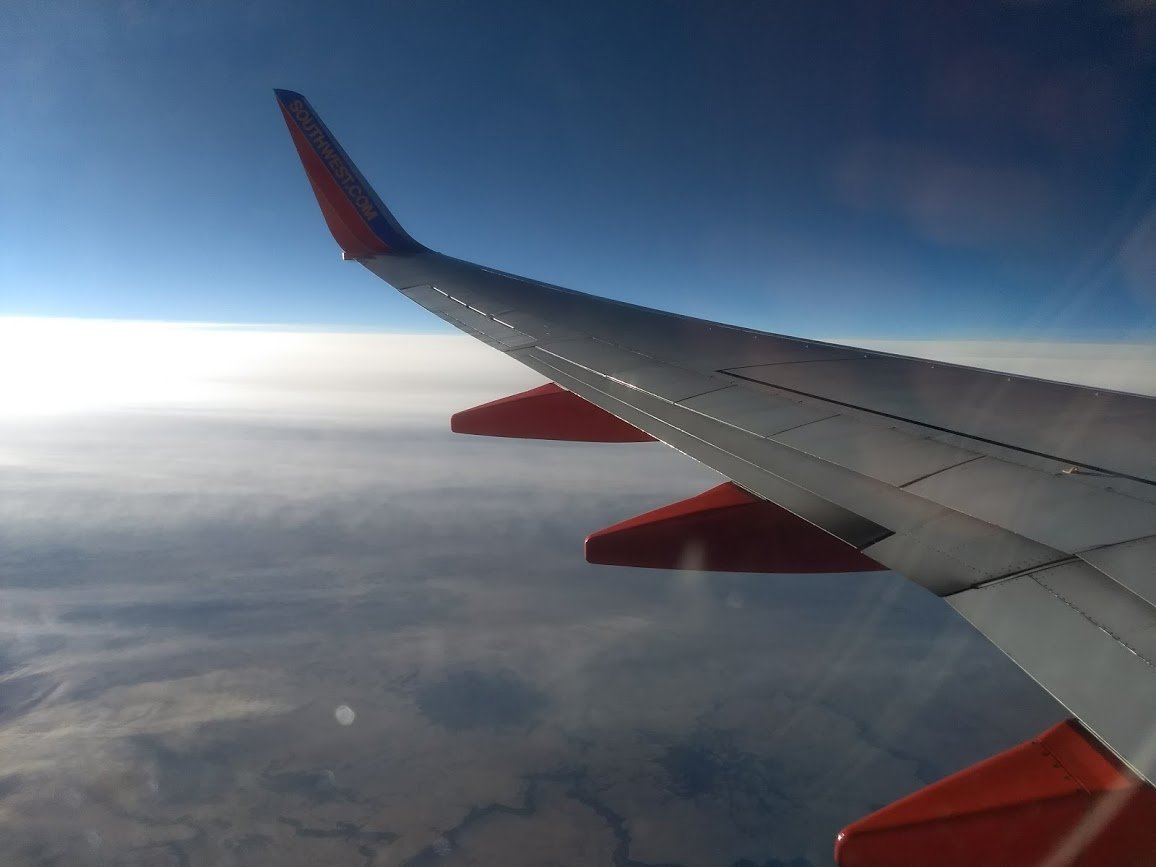 Annie Thorn is a sophomore history major from Kalamazoo, Michigan and our intern here at The Way of Improvement Leads Home.  As part of her internship she is writing a weekly column titled “Out of the Zoo.”  It focuses on life as a history major at a small liberal arts college.  In this dispatch, Annie reminds us that when we study history, strangers can become friends. –JF

I think airports are fascinating places. In airports, people from all walks of life come together for a brief moment–whether they’re sitting next to each other on a plane, waiting together for a TSA screening, or paying way too much for food at the same kiosk. Then after the plane lands, after they get through security,  after their breakfast is ready, travelers promptly part ways.

I spent a lot of time in the Detroit Metro airport a couple weeks ago en route back to Messiah after Christmas. My connecting flight took off several hours late, leaving me in Detroit for several hours before I boarded my next plane. During my extensive layover, I found ways to entertain myself–using up a Starbucks gift card, people watching, and walking to the other side of the terminal to get Chick Fil A. It wasn’t an ideal situation by any means, but I made the most of it.

When I finally got on the plane, I took an aisle seat next to another college-aged traveler named Matt, who was on his way back to Philadelphia for culinary school. Normally I’m a pretty quiet passenger, exchanging a few lines of small talk with my seat-neighbors and then leaving them alone, but this time proved an exception. Perhaps to the dismay of the rest of the cabin, Matt and I chatted through the entire flight. I learned that Matt has traveled to China, took two gap years to work before starting college, and even saw the movie Cats with some of his friends over break. We talked about the shows we watch, the music we listen to, and the places we’ve been. After picking up our giant suitcases from the baggage claim, Matt showed me how to catch the train to 30th Street Station, and got me there just in time to board the 4:45 Amtrak into Harrisburg.

I don’t know if I’ll ever see Matt again. Maybe our paths will cross on a flight back to the Midwest in the future–I sure hope so–but regardless I’ll always be grateful we met. I can’t help but smile when I think about how we got on the plane as strangers and parted as friends. All we had to do was start a conversation.

I love to meet new people. I think that’s partly why I love history so much. As historians, we are in the very business of meeting new people–people we’ve never seen or contacted or even heard of before. Sometimes the strangers we meet are no longer living.  Sometimes, after reading their stories, we find out they’re a lot like us; and other times we discover that they see the world a whole lot differently than we do. Regardless, it is our job to see historical actors for who they are–to seek out their likes and dislikes, their passions and their fears. Then as we work, as we write, and as we research, people who were once strangers become familiar. We just need to start a conversation.