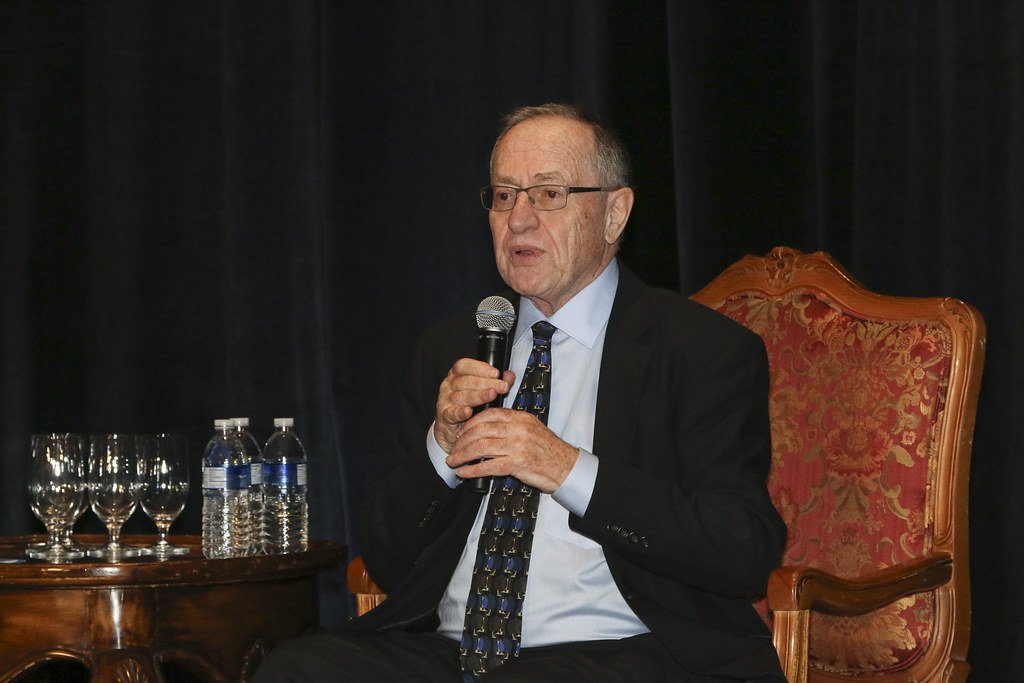 Steven Harper is a lawyer, graduate of Harvard Law School, and an adjunct professor of law at Northwestern University.  While at Harvard he took a class with Alan Dershowitz, a member of Donald Trump’s impeachment defense team.  I think it is fair to say that Harper speaks for the overwhelming majority of legal scholars in the country.  Sure, Dershowitz might find someone who supports his defense of Trump, but this would be like a climate-change denier trying to find a legitimate climate scientist who says climate change is a hoax.

Here is a taste of Harper’s post on Dershowitz at The New York Times:

Two months before President Bill Clinton’s impeachment hearings began in 1998, Larry King asked Mr. Dershowitz whether he agrees that “some of the most grievous offenses against our constitutional form of government may not entail violations of the criminal law.”

“I do,” he answered. If those offenses “subvert the very essence of democracy.”

In the same interview, Mr. Dershowitz also said: “It certainly doesn’t have to be a crime if you have somebody who completely corrupts the office of president and who abuses trust and who poses great danger to our liberty. You don’t need a technical crime. We look at their acts of state. We look at how they conduct the foreign policy. We look at whether they try to subvert the Constitution.”

But on Sunday, Mr. Dershowitz was acting as one of Mr. Trump’s lawyers when he said to George Stephanopoulos that abusive or obstructive conduct is not impeachable and that an “actual crime” is required. And although the evidence demonstrates that Mr. Trump has committed crimes, Mr. Dershowitz asserted that, unless those crimes are explicitly stated in articles of impeachment, they cannot lead to Mr. Trump’s removal from office.

Mr. Dershowitz said that he was defending Mr. Trump to protect the Constitution, but serious constitutional scholars didn’t buy his argument. Another of my former professors, the constitutional law expert Laurence H. Tribe, responded with an op-ed essay in The Washington Post. “The argument that only criminal offenses are impeachable has died a thousand deaths in the writings of all the experts on the subject,” he wrote. “There is no evidence that the phrase ‘high crimes and misdemeanors’ was understood in the 1780s to mean indictable crimes.”

Mr. Tribe likewise debunked Mr. Dershowitz’s argument that the president could not be impeached for “abuse of power,” noting, “No serious constitutional scholar has ever agreed with it.” Among those scholars is the Republicans’ designated constitutional law expert, Jonathan Turley. He testified before the House Judiciary Committee that impeachment could result from conduct that was not technically a criminal act.

Mr. Dershowitz is an expert on civil liberties and criminal law and procedure, not constitutional law generally. Facing widespread criticism and trying to reconcile his 1998 statements with his new position, he now says that Congress doesn’t need a “technical crime” to impeach, but there must be “criminal-like” conduct, or conduct “akin to treason and bribery.” To the extent his earlier statement “suggested the opposite,” he retracts it.

Read the entire piece here.  I am not an expert on the legal profession, but it seems like this is the equivalent of picking a historian of China to provide expert testimony on Alexander Hamilton.  I am sure Jonathan Spence would be great in court, but if you had to pick a true expert wouldn’t you go with someone like Joanne Freeman or Ron Chernow?