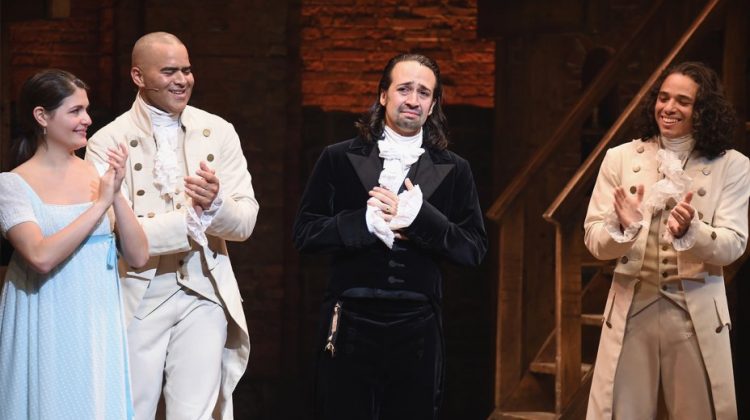 Annie Thorn is a sophomore history major from Kalamazoo, Michigan and our intern here at The Way of Improvement Leads Home.  As part of her internship she is writing a weekly column titled “Out of the Zoo.”  It focuses on life as a history major at a small liberal arts college.  In this dispatch, Annie reflects powerfully on the last day of her class on Alexander Hamilton. –JF

Anyone who knows me well knows that it doesn’t take much to make me cry. I shed tears during movies, musicals, worship sets and everything in between. I keep tissues close by at funerals and weddings alike, or if I know I’m going to be laughing really hard. If I’m anxious or overwhelmed, or if someone else is tearing up, I usually cry then too.

When I took my seat in Frey 241 for the last day of my “Age of Hamilton” class though, I definitely did not expect to be crying by the end. When I entered the room that mid-December morning, the air was thick with excitement. Most of us history majors had finished all of our big assignments for the term, so we could practically taste Christmas break. My friend Chloe chatted excitedly about classmates’ Hamilton research papers, persuading them to let her read their essays in the coming weeks. Even though the fall semester was drawing to a close, Chloe and many others in the class were still hungry to learn everything they could about Alexander Hamilton and the world in which he lived. After wrapping up our discussion of Hamilton’s duel with Aaron Burr at the beginning of the period, Professor Fea launched into a final lecture designed to bring closure to the fifteen-week class.

Fea, who played the Hamilton soundtrack frequently throughout the course to complement his lectures, thought it would be fitting to finish the semester with the musical’s last song, “Who Lives, Who Dies, Who Tells Your Story.” That’s what we historians do, Professor Fea explained to the class. We tell people’s stories. We’re in constant communication with our own world and worlds gone by. No one is around forever, but we as historians make sure they’re remembered once they’re gone. It is our right, and it is our duty.

Professor Fea pulled up the lyric video for “Who Lives, Who Dies, Who Tells Your Story” on the projector screen, and the class sat in rare stillness as we watched Lin Manuel Miranda’s words flicker by. It’s impossible to capture the beauty of the song in a few words, but the ballad features several familiar characters voicing their respect for Hamilton and the financial system he created. Hamilton’s wife Eliza steps forward and reveals that she outlived her husband by fifty years. She recounts all the things she’s done to preserve Alexander’s legacy, and even laments that she still may not have done enough. All the while, the ensemble repeatedly voices the song’s title phrase: “Who lives, who dies, who tells your story?”

The students who usually spouted-off Hamilton lyrics with passionate fervor were subdued and somber, singing along quietly. I even heard a few lower voices chiming in from the cluster of boys who usually congregated in the back of the room. I hummed along too, thinking about the lyrics–which alone are enough to bring me to tears–and Professor Fea’s speech a few minutes earlier. I thought about the people’s stories I’ve heard, the one’s I’ve shared myself, and all of those that have yet to be uncovered. In those three and a half minutes I was reminded of how grateful I am to give a voice to the voiceless, and how blessed I will be to teach my students to do the same someday. After blinking away a couple joyful tears, I thanked God for giving me this vocation, this duty to tell people’s stories for the rest of my life.

Sometimes in the midst of final papers and exams I can forget what an important job historians have. We live, we die, but in the meantime we tell people’s stories. We make sure they’re not forgotten. What a beautiful privilege we have.