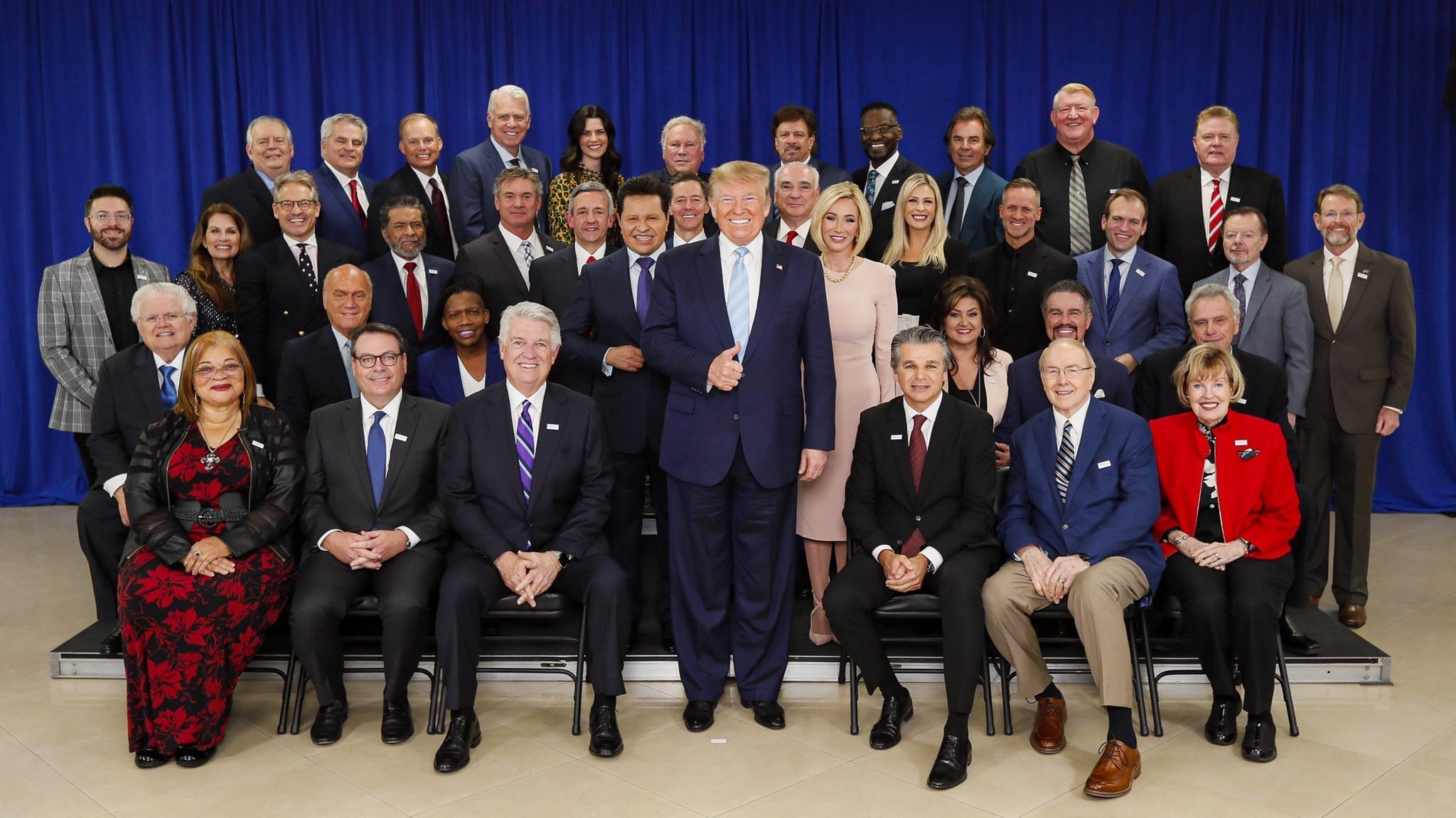 Here is a taste of my recent piece at Religion News Service: “Courtiers and kings, evangelicals, prophets, and Trump“:

(RNS) — Last Friday (Jan. 3), nearly every major conservative evangelical supporter of President Donald Trump gathered at the El Rey Jesus Church in Miami for the kickoff to the “Evangelicals for Trump” campaign.

If Mark Galli’s recent editorial in Christianity Today taught us anything, it is that American evangelicalism is a diverse group. Evangelicals find unity in their commitment to the redemptive work and resurrection of Jesus Christ, the divine inspiration of the Bible and the necessity of sharing their faith with others. They do not always share the same political convictions.

When Galli criticized Trump for his “grossly immoral character” and urged his fellow evangelicals to consider how their blind support of Trump is hurting the witness of the church, pro-Trump evangelical leaders pushed back. In an open letter to Christianity Today, they said that, despite his many flaws, the president has delivered for evangelicals on matters related to abortion, religious liberty and supporting Israel. Last weekend’s rally in Miami was a continuation of this pushback.

As has been noted elsewhere, these evangelical flatterers of Trump are not unlike the court clergy of late medieval and Renaissance-era Europe. In his book “The Origins of Courtliness,” historian C. Stephen Jaeger retells a story once told by the 11th-century church reformer Petrus Damiani about St. Severin, once archbishop of Cologne, whose sole offense — punished by leaving him to wander the Earth  — was that as a cleric at the king’s court, he took so keen an interest in the affairs of the state that he neglected chanting the liturgy at the prescribed hours.

The tale sheds light on a common problem for clergymen with access to political power: The king’s court can be a dangerous place, even for the most devout. Courtiers have one goal: to gain access to and win the favor of the monarch. Such access brings privilege and power and an opportunity to influence the king on important matters — if, of course, the king is willing to listen.

In his well-known guide to court life, 16th-century Italian courtier Baldesar Castiglione described the court as an “inherently immoral” place, a worldly venue “awash with dishonest, greedy, and highly competitive men.” One historian has described courtiers of the time as “opportunistic social ornaments”; another described them as “chameleons.”

The skills needed to thrive in the court, in short, are different from the virtues needed to lead a healthy Christian life or exercise spiritual leadership in the church. Most medieval courts had their share of clergy, bishops and other spiritual counselors, and historians agree that their behavior was indistinguishable from that of secular courtiers, whom Damiani described elsewhere as “ruthless, fawning flatterers” in a “theater of intrigue and villainy.”

Sylvius Piccolomini, the 15th-century Renaissance humanist who would eventually become Pope Pius II, was a strong opponent of court clergy. It was very difficult, he said, for the Christian courtier to “rein in ambition, suppress avarice, tame envy, strife, wrath, and cut off vice, while standing in the midst of these (very) things.”

In the United States we don’t have kings, princes or courts, but we do have our own version of religious courtiers, who boast of, in Southern Baptist theologian Richard Land’s gleeful description, “unprecedented access” to the Oval Office.