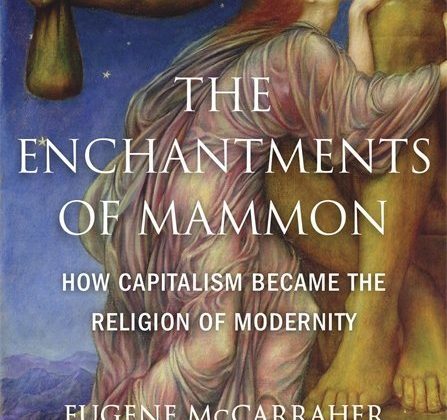 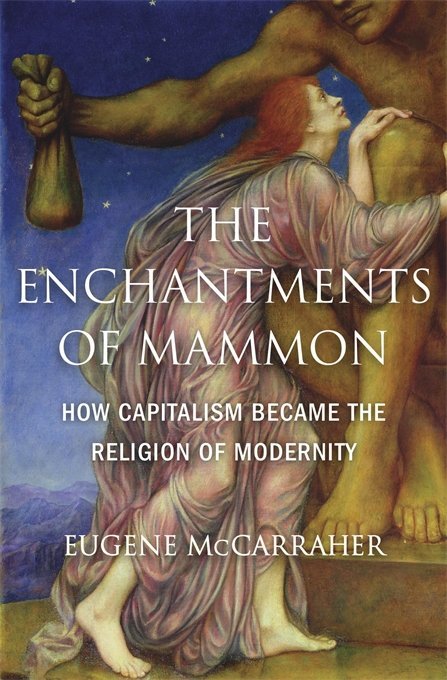 And he loves it.  Here is a taste of Hart‘s review of McCarraher‘s new book:

The Enchantments of Mammon is a magnificent book. It is, before all else, a sheer marvel of patient scholarship, history on a grand scale and in the best tradition of historical writing: a comprehensive account of the rise and triumph of capitalism in the modern age, not only as an economics, but also as our most pervasive and dominant system of ultimate values. But the book is far more than that. It is also a work of profound moral insight: a searing spiritual critique of a vision of reality that reduces everything mysterious, beautiful, fragile, and potentially transcendent in human experience to instances of—or opportunities for—acquisition and personal power, and that seeks no end higher than the transformation of creation’s substantial goods into the lifeless abstraction of monetary value. It is, moreover, a work delightfully subversive of the standard story of how this vision of things progressively became the very shape of the world we all now share (or, I suppose it would be better to say, the world we do not really share at all).

In McCarraher’s telling, capitalism as it has taken shape over the past few centuries is not the product of any kind of epochal “disenchantment” of the world (the Reformation, the scientific revolution, what have you). Far less does it represent the triumph of a more “realist” and “pragmatic” understanding of private wealth and civil society. Instead, it is another kind of religion, one whose chief tenets may be more irrational than almost any of the creeds it replaced at the various centers of global culture. It is the coldest and most stupefying of idolatries: a faith that has forsaken the sacral understanding of creation as something charged with God’s grandeur, flowing from the inexhaustible wellsprings of God’s charity, in favor of an entirely opposed order of sacred attachments. Rather than a sane calculation of material possibilities and human motives, it is in fact an enthusiast cult of insatiable consumption allied to a degrading metaphysics of human nature. And it is sustained, like any creed, by doctrines and miracles, mysteries and revelations, devotions and credulities, promises of beatitude and threats of dereliction. McCarraher urges us to stop thinking of the modern age as the godless sequel to the ages of faith, and recognize it instead as a period of the most destructive kind of superstition, one in which acquisition and ambition have become our highest moral aims, consumer goods (the more intrinsically worthless the better) our fetishes, and impossible promises of limitless material felicity our shared eschatology. And so deep is our faith in these things that we are willing to sacrifice the whole of creation in their service. McCarraher, therefore, prefers to speak not of disenchantment, but of “misenchantment”—spiritual captivity to the glamor of an especially squalid god.

Read the rest at Commonweal.  The Enchantments of Mammon: How Capitalism Became the Religion of Modernity is a book is on my reading list.