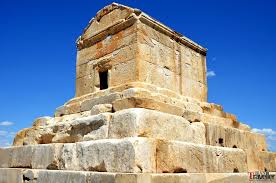 Back in March 2019, Secretary of State Mike Pompeo compared Donald Trump to Queen Esther, the Queen who persuaded the king of Persia not to destroy the Jews.  Watch this:

It now looks like the new Queen Esther may want to obliterate the tomb of the original Queen Esther.

Some of you may remember that Donald Trump recently threatened to destroy Iranian cultural sites.  Here is his tweet:

….targeted 52 Iranian sites (representing the 52 American hostages taken by Iran many years ago), some at a very high level & important to Iran & the Iranian culture, and those targets, and Iran itself, WILL BE HIT VERY FAST AND VERY HARD. The USA wants no more threats!

Today at Religion News Service, Yonat Shimron reports on the cultural sites in Iran that may some interest to American evangelicals.  One of those sites just happens to be the tomb of Esther.  Here is Shimron:

Located in Hamadan, the tomb is believed by some to house the remains of the biblical Queen Esther and her cousin (or by some accounts, uncle) Mordechai. It is the most important pilgrimage site for Jews in the country.

Esther, as described in the Bible, was the Jewish queen of the Persian king Ahasuerus. In the Book of Esther, Mordechai informs her of a plot to kill the Jews, and together they work to save Jews throughout the Persian Empire from annihilation.

The exact date of the 50-foot-tall brick dome’s origin is disputed. An outer chamber holds tombs of famous rabbis. The interior chamber features Hebrew writing along the walls and holds two carved sarcophagi, with the two burial plots for Esther and Mordechai.

Back in November, a court evangelical by the name of Jim Garlow, seemed to claim that Trump was another Daniel, the prophet who refused to compromise his Jewish faith during the Babylonian captivity.

Well, it looks the new Daniel wants to bomb the tomb of the old Daniel.  Here is Shimron:

There are many places that claim to be the traditional burial place of the biblical prophet Daniel, but this one, in Susa, Iran, is the most widely accepted. According to the biblical book by the same name, Daniel was taken to Babylon after the destruction of Jerusalem. There, he was rescued from lions with the aid of the prophet Jeremiah. The apocalyptic genre of the Book of Daniel is important to Jews, Christians and Muslims. Above the mausoleum of Daniel is a conical-shaped building.

But wait!  This gets better.  Many evangelicals believe that Donald Trump is the new King Cyrus.  Some of them even sell Cyrus prayer coins.

Well, it looks like Trump wants to bomb the tomb of the old King Cyrus.  Here, again, is Shimron:

Many evangelicals have compared Trump to King Cyrus, who became the first emperor of Persia. Cyrus is celebrated multiple times in the Bible for freeing a population of Jews who were held captive in Babylon — an act some consider to have made him anointed by God. Cyrus died in 530 B.C. and is buried in Pasargadae, an archaeological site about 56 miles from the modern city of Shiraz. According to literary sources, more than two centuries later, Alexander the Great ordered his tomb to be restored.