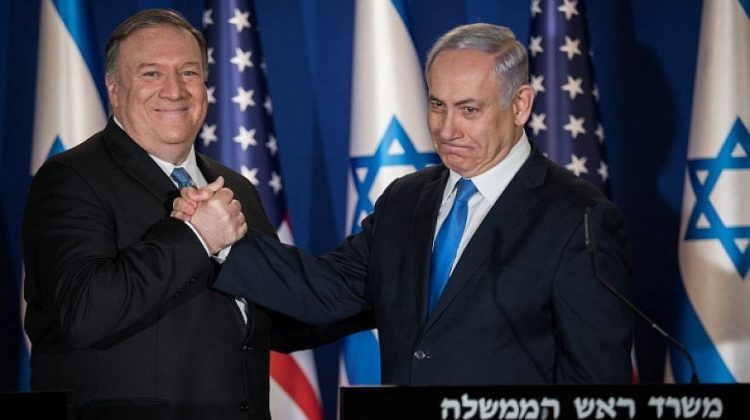 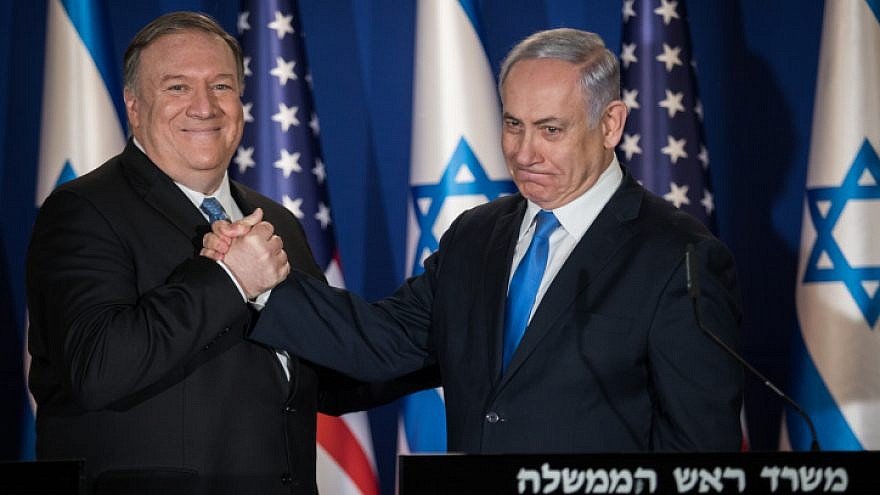 Mike Pompeo has not specifically connected the assassination of Qasem Soleimani with his pro-Israel Christian world view, but, as Nancy LeTourenau notes at The Washington Monthly, there is certainly enough evidence to consider such a connection.

Here is a taste of her piece “Pompeo Aligns U.S Foreign Policy With Christian Zionists“:

As Kathryn Joyce pointed out last March, “even amid an administration stacked with evangelical staffers and advisors, Pompeo stands out.” At about that time, the secretary of state was in Jerusalem and sat down for an interview with reporters from the Christian Broadcast Network.

Chris Mitchell asked Pompeo, “could it be that President Trump right now has been sort of raised for such a time as this, just like Queen Esther, to help save the Jewish people from the Iranian menace?”…

“As a Christian, I certainly believe that’s possible,” Pompeo said.

On that occasion, Pompeo was reacting to a question from a reporter. But a few months later, he gave a speech titled “The U.S. and Israel: a Friendship for Freedom.” He used the occasion to bring up the Biblical story of Esther himself.

A lot of people get spun up with the wrong ideas that American evangelicals want to impose a theocracy on America.  I wish they would be concerned about the real theocratic takeover that has been happening in Iran for the last four decades.  The ayatollahs have grievously deprived the Iranian people of that most basic, simple, fundamental right, their right to worship.

That same twisted, intolerant doctrine that fuels persecution inside Iran has also led the ayatollah and his cronies to cry out, quote, “death to Israel” for four decades now.  This is similar to a cry that came out of Iran—then called Persia—many, many years ago.

It was in the 5th century B.C.  There was a wicked advisor named King Xerxes.  A fellow named Haman hatched a plot to kill all the Jews in the Persian Empire.  He secretly wrote letters with the king’s seal to all the provincial governors, ordering the people to rise up and attack the Jews.  This edict, once issued, could not be revoked.  But thanks to the courageous intervention of Queen Esther, who begged the king to show mercy to her people, Haman’s plot was exposed and the Jews were ultimately spared.

I wanted to tell this story today for a couple of reasons, because similar threats to the Jewish people have marked other eras as well… Thank God we have a leader in President Trump—an immovable friend of Israel.

Pompeo went on to articulate the Trump administration’s pressure campaign on Iran as a demonstration of its support for Israel.