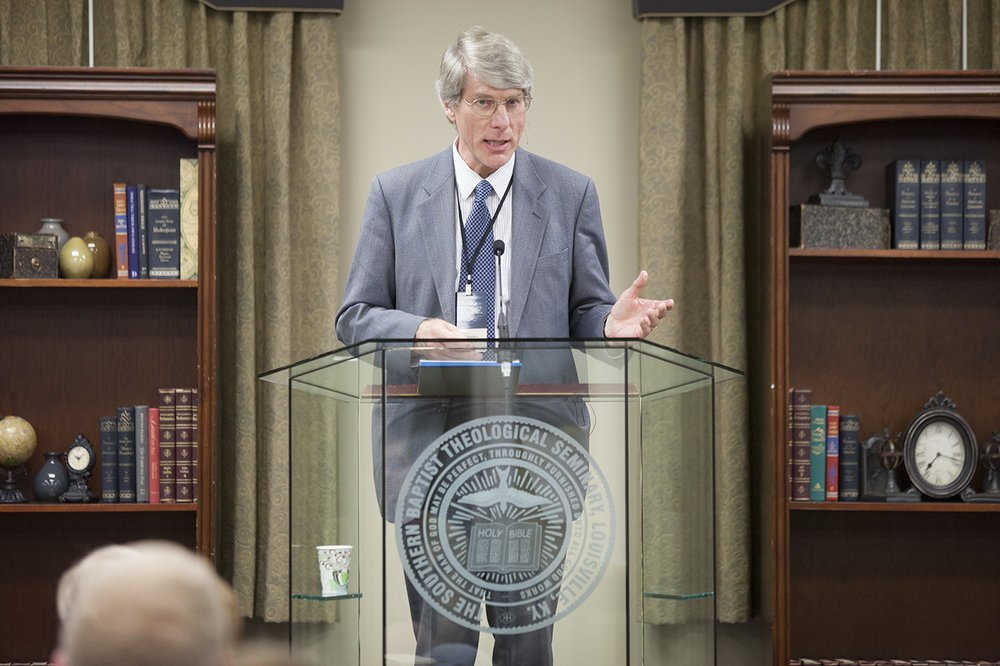 Martin Spence is Associate Professor of History at Cornerstone University in Grand Rapids, Michigan.  He is writing for us this weekend at the Annual Meeting of the American Historical Association in New York City.  Enjoy his latest post.  –JF

This roundtable was the closest to my own research interests, and has thus provoked my longest response!

Five scholars of American Evangelicalism explored the shift of Evangelical studies toward understanding Evangelicalism less as a community united by concrete, discernable beliefs (a la David Bebbington’s famous quadrilateral), and more as an “imagined community,” constructed through affections, affiliations, and self-fashioning.

On the one hand I found myself in full agreement with the panelists. In my book Heaven on Earth: Reimagining Time and Eternity in Nineteenth Century British Evangelicalism I wrote  that Evangelicalism “can be described as one of the eighteenth century’s several new ‘imagined communities.’”. Meanwhile, in an article in the Scottish Bulletin of Evangelical Theology back in 2012 I argued that “the bestowal of Evangelical identity comes not through historians or other observers measuring individuals and communities against such a set of predefined characteristics…but rather by the self-determining authority of the Evangelical Leviathan itself, which silent yet ineluctably confirms or rejects constituents by relentlessly and almost impenetrably complexly subjecting them to its unspoken protocols of mutual appraisal and authentication:  [Martin Spence “Unravelling Scottish Evangelicalism (Part One)”. Scottish Bulletin of Theology 30.1 (Spring 2012), 30-50]

So yes and amen to the panelists’ central insight. I enjoyed much of what they had to bring to the table.

Yet I found myself wanting to register some dissent.

First, there was the unfortunate Bebbington-bashing that has become somewhat de rigueur at church history conferences that I have attended in the United States.

On this occasion Kristin du Mez contended that by privileging the beliefs of Evangelicals over their social and cultural attitudes, Bebbington (along with Noll, Marsden, Noll and Thomas Kidd) are in some ways supporting a culturally conservative, politicized Evangelicalism. Her point was that by defining Evangelicalism as primarily a theological movement, these historians imply that the political and cultural elements of the movement are extraneous to an undefiled “real” Evangelicalism. They thereby excuse Evangelicals of their cultural and political sins by telling its critics to overlook these aspects and focus on beliefs, not practices.

In as much as this can be construed as a call to provide an integrated account of theology and socio-cultural identity (perhaps of the kind attempted by Matthew Avery Sutton in American Apocalypse) I am all for it. We should not be Nestorians: in Christian history beliefs and social-cultural-political actions exist in hypostatic union. And I agree that Bebbington, Marsden et al did not consciously pursue the “imaginary turn” and may thus, to some degree, appear a little old-fashioned in their methodological assumption to those scholars alert to more avant-garde theoretical approaches to religious identity formation.

But to see Bebbington and Marsden as fortifying the Age of Trump seems far-fetched. After all, they would no doubt be counted among the elite “faculty lounge” who dissent from the current socio-political views of the majority white American Evangelical community. David Bebbington could more plausibly be accused of wanting to make Britain Gladstonian again than of aiding and abetting American Evangelical nationalism.

Of course, the assertion that these historians are blind to the cultural-political realities of the movement is also itself somewhat of a caricature. It is true that this may not be the dominant paradigm of their scholarship, but George Marsden has always argued that Evangelicalism is not just a set of beliefs, but also a “transdenominational community with complicated infrastructures of institutions and persons which identify with ‘evangelicalism’;” while David Bebbington’s Evangelicalism in Modern Britain is a forensic study of a variety of Evangelicalisms at work in modern British history.

Indeed, any time that Bebbington comes up in discussions among American religious historians, I am left wondering whether anyone has actually read more than the first few pages of the book from which his infamous quadrilateral is culled. It is true enough that Bebbington maintains an unflinching loyalty to his definitional matrix that some might think rigid and inflexible. But it only takes up a couple of pages of his opus magnum, and there can be no doubt that Bebbington is well aware of the intricacies, particularities, and varieties of Evangelicalism across time and space. Indeed, anyone who has been supervised, examined or politely interrogated by him after a conference paper will attest that he rarely lets an over-generalization live.

Second, despite the claims of the panelists to break out of old paradigms, it was noticeable that their discussion focused almost exclusively on white American Evangelicalism. In one sense, this is no less than they said they were doing. Since the premise of the imaginary turn is that we must break Evangelicalism into its constituent parts in order to map its particularities and self-constructions, it is certainly a legitimate project to discern and dissect the affinities and protocols of the white American Evangelical community.

Yet given that the scholars wanted to propose a new methodological approach to the study of Evangelicalism to replace the old one, they perhaps needed to recognize that one great selling point of the older paradigm was and is its internationalism: it has proffered trans-national categories of religious belief and piety that transcend place and time. I would argue that any new methodological approach must deliver no less. I am not saying that the imaginary turn cannot do this, but that by only giving examples from American scene, the global serviceability of the imaginary turn was left unproven by the panel. The imaginary turn cannot simply be the justificatory foundation for more studies of the subculture of contemporary white American Evangelicalism. I enjoy such studies as much as anyone and long may they continue; but I sense that there is a danger that the imaginary turn also becomes an inward turn. We need to be careful how we imagine our imagining.