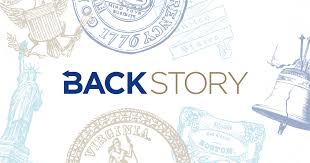 Here is the announcement:

Charlottesville, VA— After more than three hundred episodes that have reached millions of listeners over the last twelve years, BackStory, the American history podcast produced by Virginia Humanities, will record its final episode this summer. The last episode of BackStory will publish on July 3, 2020.

Over the years, BackStory has looked at pivotal points in history with a fresh perspective and revealed lesser-known historical moments with journalistic curiosity and scholarly rigor. Hundreds of guests and listeners have contributed their voices to this conversation, while thousands more tuned in every week.

“When we first tried to find a radio voice for history, none of us would have predicted three hundred episodes of BackStory,” said BackStory host Ed Ayers. “Virginia Humanities has been a wonderful ally throughout our adventures. We’re grateful to them and our loyal donors for having faith in this twelve-year experiment.”