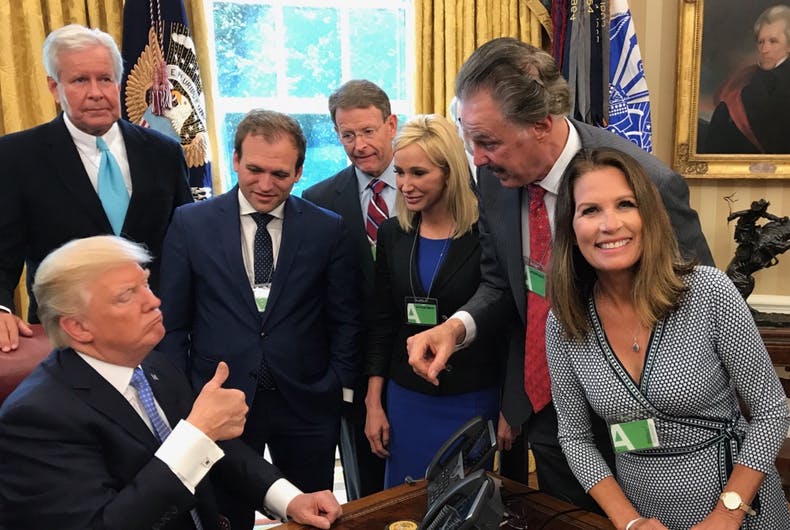 Court evangelical after court evangelical are rising-up to defend Donald Trump in the wake of Mark Galli’s Christianity Today editorial calling for his removal.  Franklin, Graham, Robert Jeffress, Tony Perkins, Jenetzen Franklin, James Dobson, Samuel Rodriguez,  Johnnie Moore,and Jim Garlow, to name a few, have all turned to their favorite web pages and news outlets to make sure the evangelical base does not crack in light of this.  I would not be surprised if a White House memo has prompted this surge in commentary.  All of these responses share several things in common: