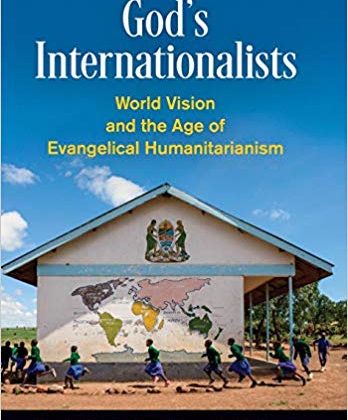 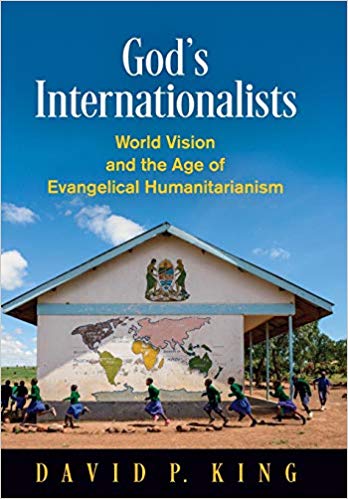 David King is Karen Lake Buttrey Director at the Lake Institute on Faith & Giving and Professor of Philanthropic Studies at Indiana University Lilly Family School of Philanthropy. This interview is based on his new book, God’s Internationalists: World Vision and the Age of Evangelical Humanitarianism (University of Pennsylvania Press, 2019).

JF: What led you to write God’s Internationalists?

DK: As a scholar always seeking to bring an international lens to American history, I have long been intrigued by the untold story of World Vision. Beginning in 1950 as a small missionary agency, the relief and development agency has now grown to become one the world’s largest Christian humanitarian organizations. I felt that World Vision’s story illustrates the role that major faith-based NGOs now play not only in foreign policy and humanitarian work but also in shaping the global imagination of millions of Americans. In many ways, they have taken the public role once occupied by western missionaries. How that transition occurred and what it means, I felt, was important and underexplored.

JF: In two sentences, what is the argument for God’s Internationalists?

DK: In chronicling the organizational transformation of World Vision from 1950 to the present, I am making the case that American evangelicals changed in the ways they saw themselves and their world in the period following World War II in ways that push scholars beyond a singular focus only on politics and popular culture. Chronicling the evolution of World Vision’s practices, theology, and institutional development, I also hope to demonstrate how the organization re-articulated and retained its Christian identity even as it expanded beyond a narrow American evangelical subculture illustrating the complexities of faith-based humanitarianism that do not presume the scientific and secular dominance of the humanitarian and philanthropic sector.

JF: Why do we need to read God’s Internationalists?

DK: First, I believe readers will enjoy some of the colorful characters in the pages of God’s Internationalists. World Vision founder Bob Pierce was a larger than life character that traveled the world jumping out of helicopters on the front lines of the Korean and Vietnam wars. Yet, as World Vision grew, Pierce refused to grow with it. After he quit in a fit of rage, he would later go on to start another organization, Samaritan’s Purse, and he mentored Franklin Graham who took over once Pierce passed away. These intertwined histories are obviously still relevant today.

Beyond the immediate relevance of exploring the histories of organizations that still shape the global outlook of many American Christians, I believe it is also important to make the case that American Christians spend far more resources on global missions and international relief and development than they do on domestic politics. While religion and politics get our overwhelming attention for obvious reasons, I believe it is important to broaden our field of vision. Religious relief and development agencies like World Vision demonstrate a complex but oftentimes healthy set of working relationships that mix government, local congregations, private philanthropy, and a wide variety of religious or secular agencies partnering together. In our particular moment, seeing how these partnerships have developed and how they might lead us to common ground, I believe, is worthy of our time. Finally, I believe God’s Internationalists forces us to expand our field of vision beyond domestic issues to see how Christians at home and global Christians abroad have led to new ways of engaging with the world.

JF: When and why did you decide to become an American Historian?

DK: I majored in history at Samford University and fell in love with the history of civil rights which came alive to me as I explored that history through oral interviews and site visits right there in Birmingham, Alabama, where so much of that history took place. I later focused on American religion with a particular interest in missions history through my work with Grant Wacker at Duke. After I finished a PhD in American religious history at Emory University, I continued to find a way to keep writing as a historian even as my own academic interests have continued to evolve over time taking me now into philanthropic studies, an interdisciplinary field, where I am presently rooted at the Lilly Family School of Philanthropy at Indiana University.

DK: Speaking of philanthropy, I have just finished an edited volume with Philip Goff of IUPUI, on Religion and Philanthropy in the United States that looks at a variety of religious traditions and particular case studies over the long twentieth century up to the present that will be out with Indiana University Press in 2020. I am also excited to be writing with my colleague Eric Abrahamson a history that intertwines the lives of evangelical philanthropist, Howard Ahmanson, Jr. and evangelical civil rights icon John Perkins. In framing their improbable friendship with one another, we believe the book opens up many untold stories such as the history of the Christian Community Development Association (CCDA) as well as Ahmanson’s funding of controversial initiatives such as intelligent design and Christian reconstructionism to key global missions such as the Oxford Centre for Mission Studies. Like Gods Internationalists, we hope it will open up another lens to explore American evangelicalism.