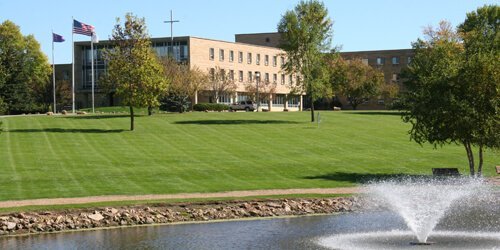 Call it “Quit Lit” or something else, but this is a powerful and moving piece by former Crown University English professor Michial Farmer.  A friend who sent the essay to me called it “uncomfortably honest.”  I would agree.  Farmer bares his soul and, as my friend says, we are like the priest behind the curtain.  But I think we in the humanities, especially those of us at Christian colleges, can relate to some his story.

Here is a taste of “Two Forms of Despair“:

There is real freedom in resignation: For the last several years of my teaching career, I suffered a variety of annoying and humiliating medical symptoms: phantom gallbladder pain, heart palpitations, strange twitches of the nerves in my big toe, several months of constipation. When I took them to my physician, he inevitably told me that I was doing it to myself, that these were physical manifestations of my anxiety that my classes wouldn’t have enough students to run, that my college would close, that no other college would ever hire me. But symptoms of anxiety form a kind of feedback loop, and I’d lie in bed panicking that I had gallstones, a heart attack, multiple sclerosis, colon cancer—anything to avoid facing the truth that I was trying to live in a world that didn’t exist, a world in which it was possible for a person like me to be a great success teaching English, of all things, at an evangelical college, of all places. Every year, I stared out over the abyss, and hope sprung eternal as I sent out dozens of applications to state schools, overseas universities, and more prestigious Christian colleges; every year, the abyss stared back at me in the guise of form letters or, more often, a cold and mechanical silence.

I remember the last straw. I’d applied for a job at a noteworthy religious college in the Pacific Northwest, a job I was quite qualified for in a department where I knew someone. She wasn’t on the search committee, so she helped me with my application, which I spent weeks perfecting. The school rejected me during the first round; they didn’t even interview me over the phone. They sent the rejection email on a Friday night at midnight. Something broke off inside of me, and I needed two sleeping pills to fight through the jungle of catatonic anxiety and fall asleep. A few months later, my provost called me into his office and told me that I was “banging my head against the wall” by trying to turn my college into the sort of place I’d want to teach. There was no way out, and no way to improve the inside. My final physical symptom appeared: a lump in my throat so large and solid that I couldn’t wear a tie anymore. Magically, it went away after I resigned myself to the fact that a career in education was not in my future.

I don’t think cynical people go into humanities education—or if they do, their cynicism is a screen to protect them from the low financial and social rewards their thirteen years of higher education require. They—we—do it because we believe in the power of art and thought to transform lives and the world. And yet it’s a cliché at this point to talk about the failure of universities to support the noble goals of humanists, religious and secular alike.

When I went into graduate school, I believed that the Christian college could be a useful, vital counterweight to the forces of professionalization and politics that have rent the humanities at secular universities. I imagined the Christian college as a sort of monastery wherein all areas of study, but especially the humanities, find meaning and context in the shared beliefs and practices of the community. I hope I won’t sound petulant if I point out that most Christian colleges, perhaps all of them, have failed to live up to that vision—which may have only been another of my fantasies in the first place. I don’t blame them; the armies threatening the Christian liberal arts are led by Republicans and Democrats, atheists and evangelicals. Administrators have to be practical if they want to save the jobs of their faculty members and the real good their institutions are doing in the world. When my provost told me I was beating my head against the wall, I think he meant that I was trying to live in a world that can no longer exist, if it ever could have. He wanted me to resign—not resign from my job, I think, but resign myself to the idea that I could not get what I wanted from my job. He was seeking my good.

Read the entire piece at The Front Porch Republic.