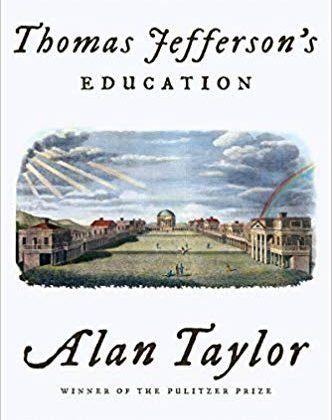 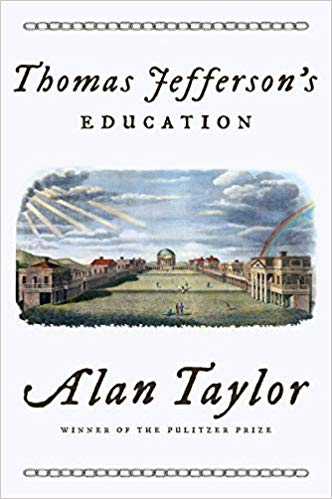 When a Pultizer-Prize-winning American historian reviews a new book from another Pulitzer-Prize-winning historian it is worth a separate post here at The Way of Improvement Leads Home. Taylor’s book is titled Thomas Jefferson’s Education.  Here is a taste of Gordon-Reed’s review at The Atlantic:

The Revolution and the creation of the United States of America broadened Jefferson’s vision in many ways, and by his mid-40s, he had taken to insisting that the job of reforming Virginia—above all, ending slavery, a system in which he participated—would fall to “the rising generation.” He and his fellows in the revolutionary generation had done their service by founding a new country. It was now up to the young people who inherited that legacy to carry the torch and continue the advancement of what he considered Enlightenment values. But Jefferson could not totally bow out of the quest to transform the place he was born and had long thought of as his “country.” After 25 years in national public service, he was at last able to return to the project in 1809, and he did so decidedly in his own way.

Improving Virginia’s system of education, Jefferson believed, was the foundation upon which progress would be built, and the foundation had to be laid properly. If publicly supported primary and secondary schooling was not possible, he would shift his focus. He filled his time in retirement writing and answering letters, and playing host to the hordes of visitors who came up the mountain to see him. But his main mission was planning for a university that would rival the great universities in the North. No longer would the sons of Virginia be limited to attending his alma mater, William & Mary, or traveling north to Harvard or Yale—choices that disconcerted him for different reasons.

In Thomas Jefferson’s Education, Alan Taylor—the Thomas Jefferson Foundation Professor of History at the University of Virginia—probes that ambitious mission in clear prose and with great insight and erudition. He explains why Jefferson found those educational choices so intolerable, what he planned to do about the situation, and how his concerns and plans mapped onto a growing sectional conflict that would eventually lead to the breakup of the Union that Jefferson had helped create.