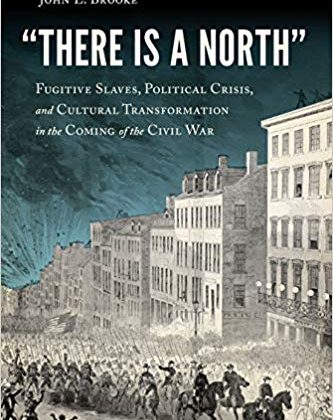 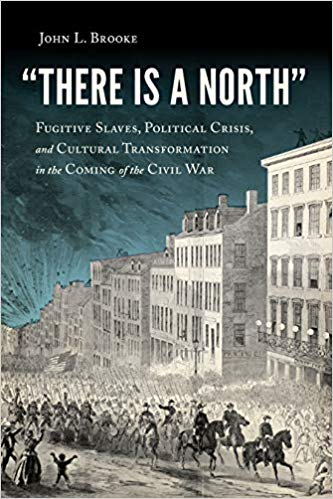 John Brooke is Arts and Sciences Distinguished Professor of History and Professor of Anthropology at Ohio State University. He is also Director of the Ohio State University Center for Historical Research. This interview is based on his new book, “There is a North”: Fugitive Slaves, Political Crisis, and Cultural Transformation in the Coming of the Civil War (University of Massachusetts Press, 2019).

JF: What led you to write “There is a North”?

JB: I am thrilled that my book is out, and want to thank the University of Massachusetts Press for doing such a nice job with the production. I began thinking about this project in 2010 for two reasons: I wanted to write about how people experience “events,” and I wanted to address the central issue of the history of the republic. Here, I was dissatisfied with the dominant narrative, which focuses on why the South seceded. The new literature on the politics of slavery during the American Revolution and Early Republic makes it plain that the South would secede whenever the slaveholders faced a fundamental threat to “the institution.”

JF: In two sentences, what is the argument of “There is a North”?

JB: The central question regards how and when the fundamental threat to slavery emerged. It is equally clear that, while the abolitionists worked long and hard, they had not before the 1850s convinced a strategic block Northern opinion to stand up against slavery.

JB: Readers should consider “There is a North” because it describes this conversion between the fall of 1850 and the spring of 1856, focusing on the way in which the Fugitive Slave Law was turned into a cultural weapon against slavery through the efforts of Harriet Beecher Stowe in Uncle Tom’s Cabin, but also the efforts of hundreds of other authors, musicians, and theatrical producers and performers. This process involved a fundamental though fleeting creolizing encounter of black and white American cultures, unfolding in a contested by real confluence of black and white interest against slavery and the Slave Power. By the time that the Kansas-Nebraska Act was passed in 1854, this drawn out “media event” had reshaped public opinion. While both the political and cultural dimensions of this story have been the subject of important works, “There is a North” is the first to focus on both equally, and on their synergies.

JB: My interests in American and also world history have their origins in my childhood, and were nurtured at Cornell and then at Penn, where I became an early American historian, eminently advised by Michael Zuckerman and his many colleagues. “There is a North” is my fourth book on society and culture in the American North from the Age of Revolution to the Civil War.

JB: Teaching global environmental and climate history at Tufts and Ohio State led to my global book, Climate Change and the Course of Global History: A Rough Journey. The next several years will be devoted this project, producing a 2nd edition and a spin-off undergraduate text.