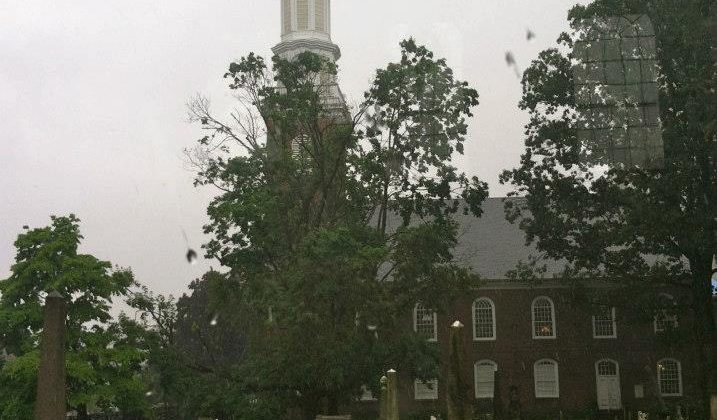 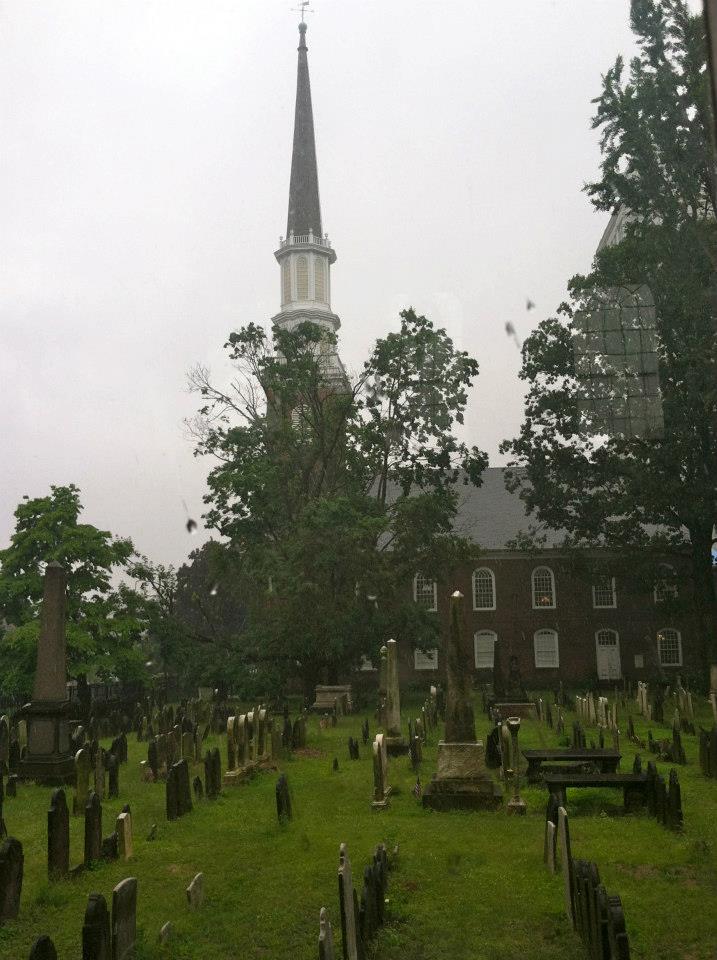 In 2013 I did some consulting for a non-profit organization affiliated with the historic First Presbyterian Church of Elizabeth, New Jersey.  My team conducted research on James Caldwell, the revolutionary-era pastor of the church.  You can read about our work here and here and here.  Some of you will also remember my January 2014 writing binge related to this project.  Somewhere on a flash drive I have that 40,000 word report.  I am sure some of it will eventually make its way into my current book project on the American Revolution in New Jersey.

I was thus pleased to see that the church, the burial ground, and the neighboring academy building (which sits on the site of the school where both Aaron Burr and Alexander Hamilton studied before they went to Princeton and Kings College respectively) will be commemorated with a historical marker.  Here is a taste of a piece at Yahoo:

The story of the City of Elizabeth’s deep Revolutionary War heritage is now being told by two interpretive signs located outdoors on the campus of the historic First Presbyterian Church and burial grounds on Broad Street.

The signage will be unveiled on Monday, Nov. 4th, 2019 at 11am by representatives from the City of Elizabeth, The Elizabeth Destination Marketing Organization [EDMO], the Greater Elizabeth Chamber of Commerce, Crossroads of the American Revolution, and the Snyder Academy.

The Elizabeth markers are a vital part of the Crossroads of the American Revolution Association’s statewide signage program to create a recognizable brand for more than 200 sites that tell the story of New Jersey’s crucial role in the war for independence. Featuring the six-pointed star used in the original United States flag, the signs are designed to make it easier for residents and heritage tourists to locate key Revolutionary-era historic sites and learn more about the state’s deep Revolutionary War heritage.

“New Jersey saw more battles and skirmishes during the American Revolution than anyplace else, and families were deeply affected by the many years of conflict that took place at their front door,” said Janice Selinger, executive director of Crossroads of the American Revolution. “Crossroads is proud to highlight the many contributions of Elizabeth’s Revolutionary notables, especially as we work towards attracting more heritage travelers to discover the state’s contributions during the commemoration of the nation’s 250th anniversary in 2026.”

“As the first capital of New Jersey and home to our first Governor, Elizabeth has played a vital role in our state’s and nation’s past,” said Mayor J. Christian Bollwage. “Now residents and visitors can learn about Elizabeth’s deep ties with the Revolutionary War through these informative signs and what better place to do so than in front of the City’s First Presbyterian Church, where the first Colonial Assembly met in 1668.”