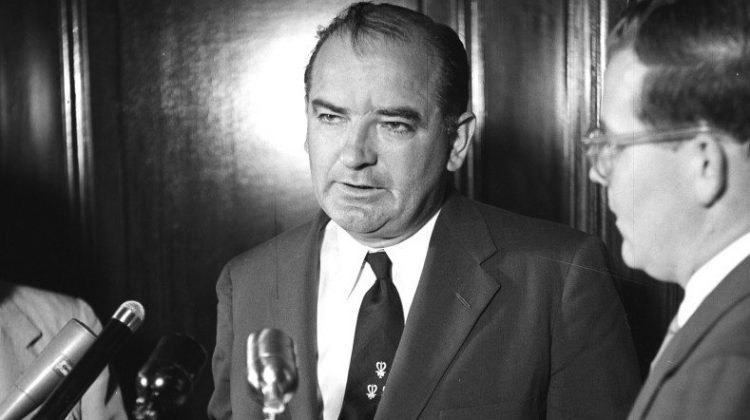 Earlier this week, Donald Trump compared the impeachment inquiry against him to a lynching.  Both Republicans and Democrats reminded Trump about the history of lynching in the United States.  Over at The Washington Post, Lawrence Glickman, the Stephaen and Evalyn Milman professor of American Studies at Cornell University, provides some additional context.

Notwithstanding the shocked reaction to the outrageous comparison, Trump’s comments were in keeping with a long-standing strand of conservative rhetoric that might best be dubbed “elite victimization.” This is a mode of speech typically used by wealthy, powerful white men in which they employ the language of enslavement and Jim Crow to describe their plight and claim to be victims of everything from government programs to social movements they dislike to investigations into wrongdoing.

This language marks a double appropriation. First, it is a reaction to the increasing power of claiming rights by minority populations. In the 20th century, African Americans and other oppressed groups forced the country to confront its violent, racist history and demanded full rights and citizenship. By casting themselves as victims, elites frame their individual sense of being wronged as a violation of their rights, even though those rights are well-secured. Second, it is to demand sympathy for a kind of physical and spiritual suffering akin to that experienced by racial minorities that elites claim to endure when they feel under attack.

But the language may also feel true to them. Given that wealthy white men do not face discrimination on the basis of race, the slightest feeling of vulnerability or threat might feel like oppression, however distinct it is from the lived experience of oppressed groups. In 1946, for example, J. Howard Pew, the conservative oil man, condemned what he called “continued unfair and discriminatory legislation granting special privileges for favored minorities at the expense of the general welfare.”

But this language perversely minimizes the plight of African Americans for much of American history and compares systemic wrongs with hideous consequences to legal actions or social movements that conservative white men happen to dislike.

Read the entire piece here.  Then head over to Episode 55 of The Way of Improvement Leads Home Podcast and listen to Glickman talk about his new book Free Enterprise: An American History.