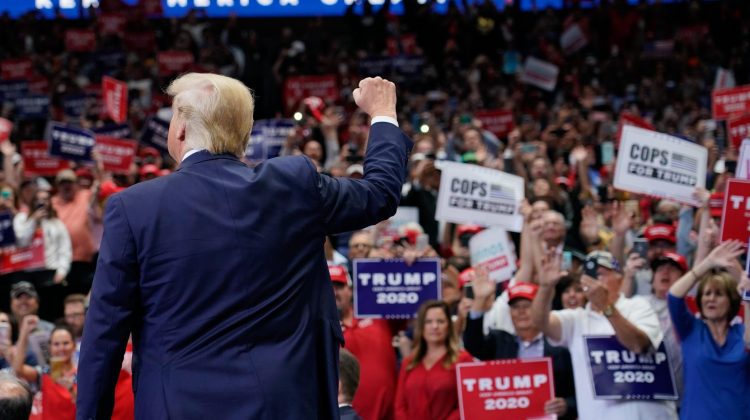 Here is Trump at his rally tonight in Dallas talking about Turkey and the Kurds.  Yeah, sometimes you just got let them kill each other for a few days. Let the Turks have their way with Syrian Christians.  No big deal.  We’ll throw $50 million at the problem–that should appease the evangelical base.

What did the Dallas court evangelicals think about Trump’s blatant disregard for human life?  Apparently they loved it:

With Amy at Dallas Trump Rally—largest ever! Just visited with President @realDonaldTrump prior to rally. Never seen him more upbeat! Will be discussing on @foxnewsnight tonight at 10:30pm CT. Tune in! pic.twitter.com/rE1Ll0OORE

With Prestonwood Espanol vocalist Stephanie Valderrama stephaniev.music before President Trumps rally in Dallas. Stephanie is singing the National Anthem and I’m giving the invocation. Praying God will use us… https://t.co/sk0AYNrtIy