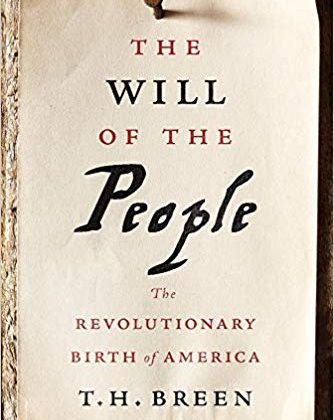 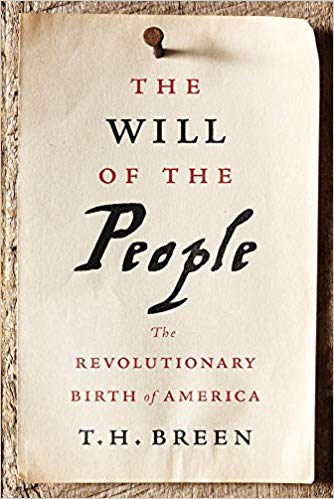 T.H. Breen is William Smith Mason Professor of American History at Northwestern University. This interview is based on his new book, The Will of the People: The Revolutionary Birth of America (Belknap Press, 2019).

JF: What led you to write The Will of the People?

THB: Unlike the histories of other revolutions—the French and Russian, for example—in which ordinary people figure centrally in the story, accounts of the American Revolution have focused on a few celebrated leaders or on the battlefield. I wanted to restore the missing piece to our understanding of the nation’s origins, people in small communities who experienced fear, called for revolutionary justice, complained about the betrayal of the cause by other Americans, sacrificed a lot to sustain the fight for independence, contemplated revenge at the end of the war and yet through it all managed to sustain a compelling vision of a new republic. Without them, we would not have achieved independence.

JF: In two sentences, what is the argument of The Will of the People?

THB: The American people did not initially set out to achieve independence or to organize a genuine revolution. But the actual experience of so many new men coming to power in small communities—of making judgments on revolutionary committees about their neighbors—transformed a colonial rebellion into a genuine revolution.

JF: Why do we need to read The Will of the People?

THB: Unlike other studies that depict the Revolution largely as an intellectual event or as the achievement of a small group of Founding Fathers, The Will of the People shows how ordinary people sustained resistance to Great Britain for eight years and in the process brought forth a new political culture that endures to this day.

JF: Tell me a little about your research and sources for this book.

THB: The book draws on contemporary newspaper accounts, town records, and personal papers to reconstruct how Americans gave meaning to the revolutionary experience.

THB: My next book will be entitled The Man Who Saved the American Revolution. It is a study of a remarkable early 19th-century printer Peter Force, who collected thousands of revolutionary documents that were at risk of being destroyed.