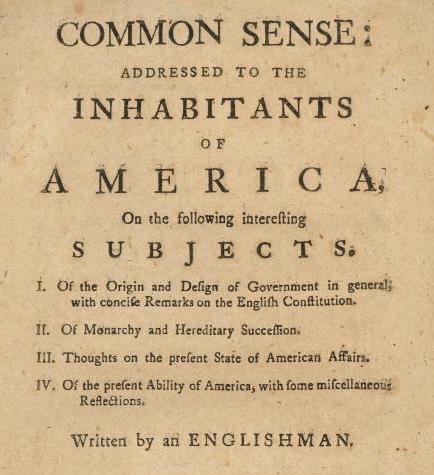 Over at the Pedagogy & American Literary Studies blog, Clay Zuba, a high school English teacher in Phoenix, shares an assignment he gives his students asking them to use social media to communicate 18th-century texts to 21st century readers.

Here is the assignment:

Do you ever wonder what the literature of the American revolution might look like if it was distributed through chats and memes????

If so, then you are lucky. This project asks you to convert a passage of revolutionary writing into a style and format (text, video, meme, or maybe something I don’t even know about) that would persuade your peers, and which they would be enthusiastic to read or watch.

Choose a passage from the selections by Thomas Paine, Patrick Henry, Benjamin Franklin, Red Jacket, or Abigail Adams that we have read this semester. Then, in groups of 2 students, you’ll work together to accomplish the following:

Here is one example of what his students produced: