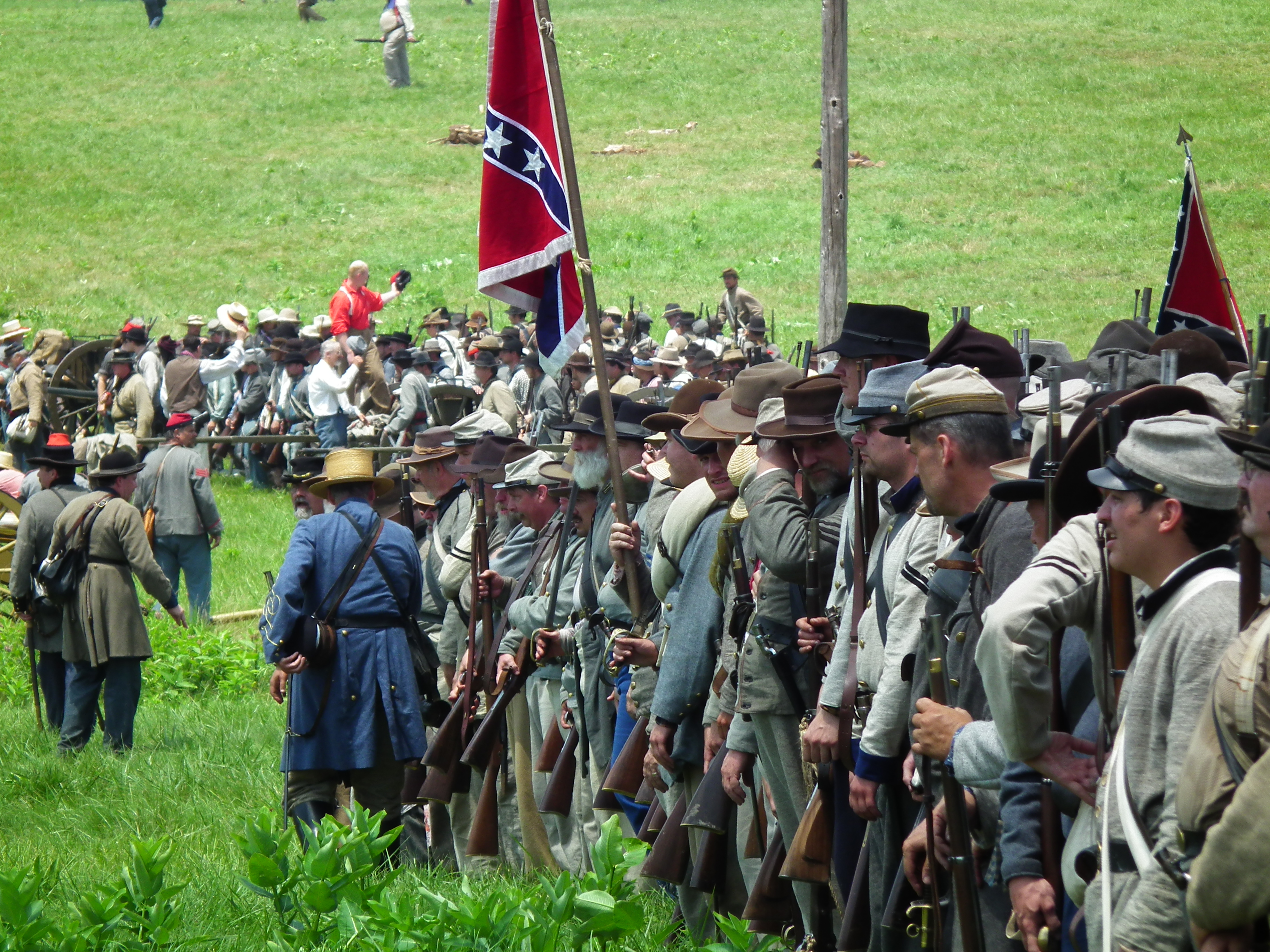 Here is a taste of Priscilla Liguori‘s article at ABC 27 News (Harrisburg):

The future of Gettysburg battle reenactments is uncertain. The committee that has put together the event for 25 years says it isn’t happening next year.

Organizers say they’re putting a pause on the reenactments as they reevaluate and decide what to do next.

“Due to logistical issues and costs, they needed to postpone next year’s programming and hopefully it’ll be back over the next couple of years,” said Jason Martz, of Gettysburg National Military Park.

The event isn’t put on by the park but by the Gettysburg Anniversary Committee.

Organizers took to Facebook to make the announcement and sent us a statement saying, in part, “doing non-five-year events which are much smaller, increasingly varied visitor interests, a decreasing reenactor base, the risks of totally outdoor weather-related events, and a staff that has done this for 25 years are all factors in the decision.”