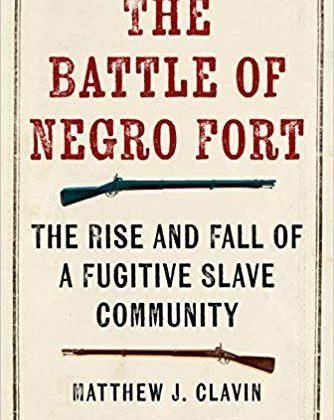 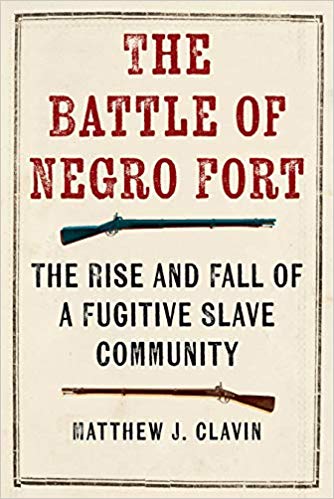 Matthew Clavin is Professor of History at the University of Houston.  This interview is based on his new book The Battle of Negro Fort: The Rise and Fall of a Fugitive Slave Community (New York University Press, 2019).

JF: What led you to write The Battle of Negro Fort?

MC: I am captivated by stories of extraordinary slave resistance that have for a variety of reasons been largely forgotten. Historians have known about Negro Fort for a long time, but I wanted to bring the story of its rise and fall to a wide audience. More than ever, it is vitally important for professional historians to communicate directly with the general public, especially regarding the long and complicated history of race and racism both in the United States and the world.

JF: In 2 sentences, what is the argument of The Battle of Negro Fort?

MC: The Battle of Negro Fort marked a significant moment in early American history. By destroying a fugitive slave community in a foreign territory for the first and only time in its history, the United States government accelerated its transformation into a white republic, which served both the interests and the ideology of an emerging Slave Power.

JF: Why do we need to read The Battle of Negro Fort?

MC: The demonization of people of color on the opposite side of the United States’ southern border is not a new phenomenon. Indeed, American citizens and officials have long referred to these people as murderers, savages, and the like to score political points and secure what they considered important public policy. Following the War of 1812, slavery’s proponents depicted Negro Fort as an existential threat to the southern frontier. Eventually, they were able to convince the federal government to launch an illegal invasion of Spanish Florida to kill or capture the fort’s black inhabitants. The Battle of Negro Fort illuminates how—and why—in the four decades since the Declaration of Independence, much of the American republic’s ambivalence over the institution of slavery had disappeared.

MC: Since I was little, I have always been fascinated with the history of race and racism. While writing my senior thesis in college on nonviolent direct action and the Civil Rights Movement, I first considered the idea of research and writing history professionally. It wasn’t long after turning in that paper that I decided that I had to become an historian. A lot of people told me that I could never be a historian. I am so glad I did not listen to them.

MC: I am currently writing a book that examines the intersection of slavery, anti-slavery, and nationalism in the United States in the decades before the Civil War. The goal is to show just how much love of the American nation justified and inspired revolutionary slave resistance.