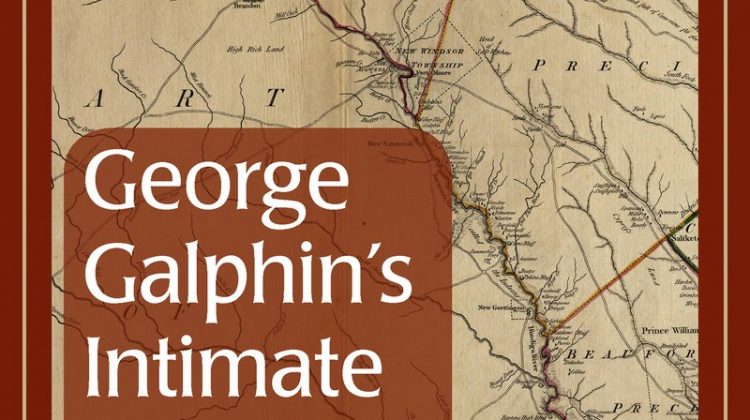 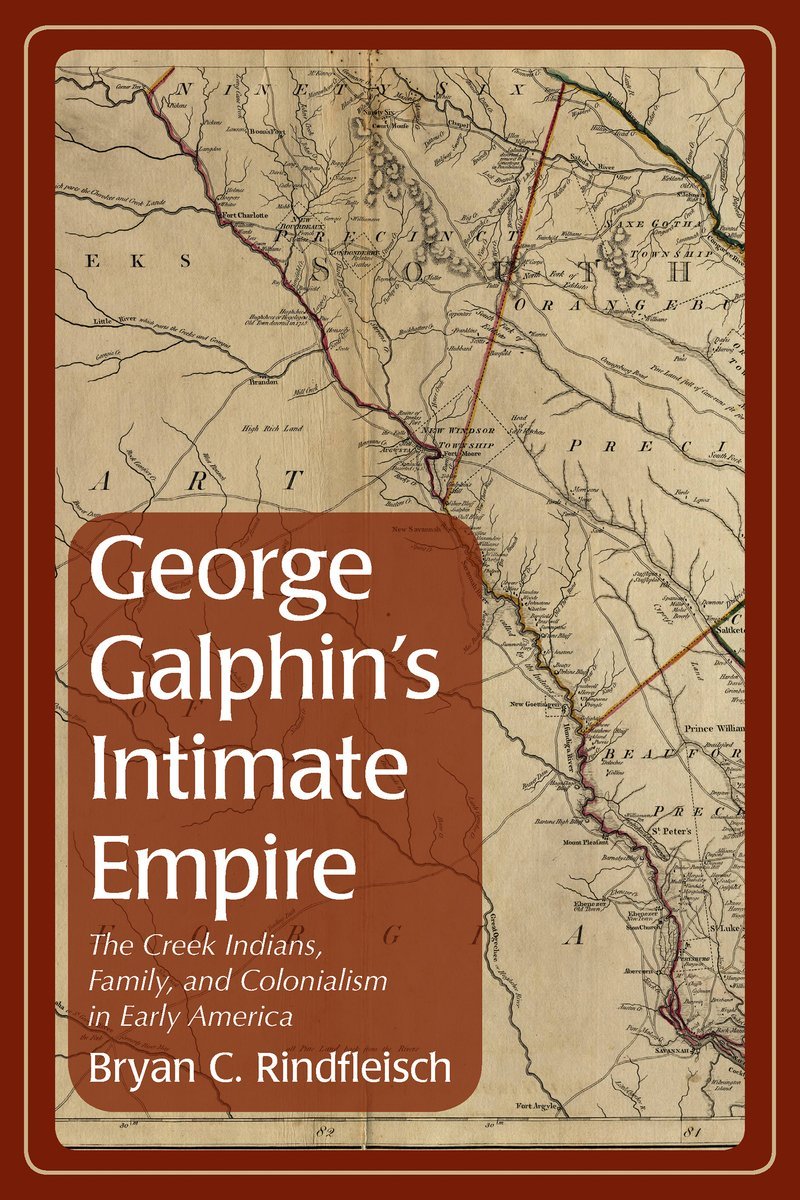 Bryan Rindfleisch is Assistant Professor of History at Marquette University.  This interview is based on his new book George Galphin’s Intimate Empire: The Creek Indians, Family & Colonialism in Early America (University of Alabama Press, 2019).

JF: What led you to write George Galphin’s Intimate Empire?

BR: The idea for the book started with a one-off conversation I had with my mentor – Joshua Piker – as a second semester doctoral student at the University of Oklahoma. I was toying with all sorts of different ideas for a dissertation project, but none of them really stuck. Then, Josh mentioned “George Galphin” and how curious this one man’s life was, who popped up all over the place in the documentary record related to the Creek (Muscogee) Indians and European empires in the eighteenth-century, but only leaving fragmentary details along the way. Josh said something to the effect of “see what you can find out about him,” and from there I ran headlong down the rabbit hole. My first research seminar paper revolved around Galphin and the Lower Creek towns of Coweta and Cusseta during the American Revolution, and it was at that point I knew I had something. Yet in the course of my research over the next seven years, I discovered that the story was not about Galphin per se, but about the multitude of family members – immediate and extended relatives who were Creek Indian, African American, Irish, and Anglo-French – that he surrounded himself with throughout his life. And in a sense, I’ve been living with the Galphin family ever since.

JF: In 2 sentences, what is the argument of George Galphin’s Intimate Empire

BR: Among the several arguments I make in the book, the most important is that empire and colonization were far from impersonal processes, but intensely intimate and revolved around the families who made the empire possible or real on the ground, and these families were oftentimes intercultural. I also demonstrate how Creek peoples, and Native Americans writ large for that matter, are not only essential parts of the early American story, but critical partners – at times even purveyors of empire – as much as they were opponents of empire in the eighteenth century, because of the family/kinship ties they fostered with imperial subjects like Galphin.

JF: Why do we need to read George Galphin’s Intimate Empire?

BR: While I’d love to say that everyone needs to read my book, that’s a pipe dream. First of all, it’s a first book and – of course – there are stories left out, ideas unrealized, and other things that I am sure book reviewers will point out soon enough (half-joking). And while I hope my arguments speak to the broader field of early American history, I’m also engaging with a particular niche in early American and Native American history: the American and Native Souths. However, the book grapples with a number of themes and events that are relevant to many audiences, be it family and kinship, immigration, empire and colonization, intercultural relationships and violence, slavery, the Seven Years’ War, the American Revolution, among others.

BR: I only gravitated toward history as an undergraduate student at the University of Wisconsin – Eau Claire because I learned the hard way that I didn’t want to be an elementary school teacher! I believed I was “good” at history in high school – yes, the memorization of events and dates – and like many of our undergraduate students, I was obsessed with World War II and other global conflicts, therefore I decided to major in history. It was only when I took Native American History with Richard St. Germaine (Lac Courte Oreilles Ojibwe) that I realized how flawed my understanding of history was, as he literally threw my world upside down. Because of St. Germaine, I double-majored in American Indian Studies and history, and knew that I wanted to educate others in the same way that he had re-educated me.

BR: I’m currently working on two book projects. The first revolves around the intra-Indigenous connections – kinship, cultural, ceremonial, political, economic, linguistic, etc. – between the Creek and Cherokee peoples during the seventeenth and eighteenth centuries. I’m hoping for this project to be an intervention of sorts in Native American and early American history, by reorienting scholars’ attention to the intra-Indigenous world that existed side-by-side, and at times proved more important than, the Indigenous-European world.

The second project is a microhistory focusing on a particular Creek family over the course of the eighteenth-century, to illustrate the various themes and events that defined the Indigenous/Creek and early American worlds. This book is an outgrowth of my frustrations as a teacher, in which undergraduate students often have a hard time investing themselves in a distant past (early America) or unfamiliar histories (Native America). Over the past couple of years, though, I realized that the particular stories I tell about Native America and early America matter a great deal (duh!), as students more readily embrace stories and the individuals within those stories to understand such histories. This project is my attempt to do the same in my writing/research, by following two Creek brothers – Escotchaby and Sempoyaffee of Coweta – and their family and clan relatives to illustrate the many themes and events that defined the Native American and early American worlds, as well as the profound transformations ushered in by the Seven Years’ War and American Revolution to both Indigenous and early American worlds.