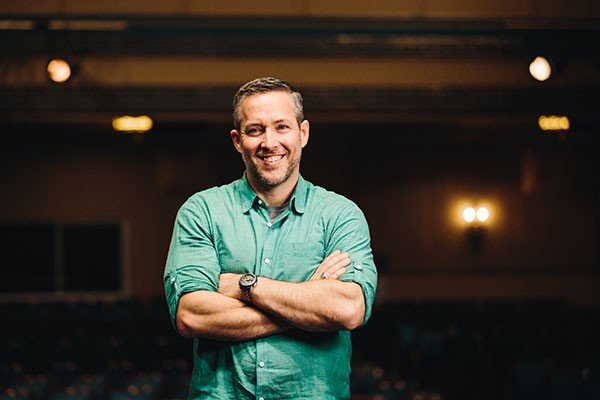 J.D Greear, the 62nd president of the Southern Baptist Convention, is trying to make the denomination more sensitive to race and the SBC’s long connection to slavery.  It looks like he has his work cut out for him.

In late August 1619, a Dutch ship carrying “20 and odd” captive Africans landed at Point Comfort, VA. They were the first slaves on our continent. North American slavery lasted 246 years.
1/3

To put that in context, the United States itself is only 243 years old.
2/3

If the church is to change our nation’s story for the future, we must begin by knowing and owning the story of our past. This August, we pause to remember.
3/3

And then all hell broke loose:

Surely you (and other stupid white people like you) can dredge up something better for which you can whip yourself and thereby show your false, social, piety…what about the Native American genocide? Or the eradication of polio and communicable diseases? Try harder.

Interestingly, I feel absolutely no guilt whatsoever for what I didn’t do before I was born.

The apology tour continues. I’ll be so glad when a Bible-believing conservative succeeds you.

This is wholly incorrect and could be interpreted as intellectually dishonest. Native Americans had African slaves long before any white settlers did. See Eugene Genovese and Orlando Patterson. I appreciate your passion, but passion without accuracy is toothless and wrong.

We recognize our country was and is flawed. We also recognize there is much greatness goodness mixed with bad and ugly. Most of us haven’t ignored or denied this. Emphasizing only the bad ugly is manipulative

This SBCer canNOT wait for the day you are no longer leading what is left of the SBC. And I can only pray someone will step forward to lead the SBC back to Biblical truth & evangelism – not your Neo-Marxism. If not, thousands of SBC churches will exit.

Slavery was a very bad thing, it has passed, now we need to think about things of today like abortion. Those that keep bringing up slavery are causing divisions. Abortion stops a life before it even has a chance to be born, why do you never talk about this???

Since ALL the people involved with that have died, I think I will just move along, confident that God has forgiven me for MY sin AND that he will not charge the guilt of others to my account.

Please just stop. There is literally no one who A) doesn’t know this, and B) doesn’t acknowledge it’s depravity. There is nothing that can change the past and no one within the church wants to go back to that. You are our president. This is divisive and unnecessary. Please stop.

I completely agree that we need reform in those areas but that isn’t what JD tweeted. JD tweeted about history. A history of violence and ungodliness that we today have absolutely nothing to do with. His tweet is stoking the flames of divisiveness. Stop blaming white people today

JD, you still haven’t actually researched this tweet at all. I guess you assume only blacks could be slaves.

WRONG. Better consult more than Wiki if you’re going to make these kind of bonehead statements.

Slavery on the North American continent ended precisely because the USA existed. Literally, almost within a century of the nation’s existence, slavery was abolished. Which other nation did that?

Not my President…. Your Wokeness is truly remarkable

You are one sick, disgruntled, disruptive, instigating, race-baiting, discouraging man. Those are not the traits of a godly man. You should stop your dividing. You are in authority, and are more responsible than others. Please stop your pain-making.

Anyone who knows anything about Native Americans knows that they kept slaves from rival tribes for years before any Europeans made it to our continent. Quit spouting leftist lies. It makes you look uninformed and bigoted.

No matter how hard you attempt, I will not be “white guilted”.