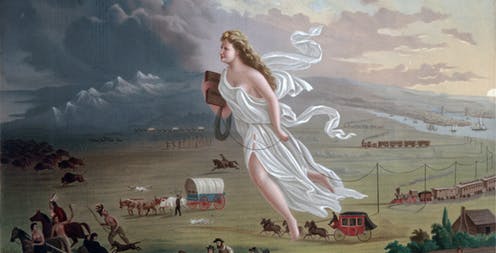 “I want to do something about climate change, but I don’t like science and I am not good at it.”

“I love history, literature, or philosophy, but I don’t see these disciplines advancing real change in the world.”

If you can relate to these statements, I would encourage you to read Steven Allison and Tyrus Miller’s piece at The Conversation: “Why science needs the humanities to solve climate change.” Both men teach at the University of California-Irvine. Allison teaches ecology, evolutionary biology, and earth systems science.  Mller is the dean of the School of Humanities.

Here is a taste of their piece:

Scholars in the humanities interpret human history, literature and imagery to figure out how people make sense of their world. Humanists challenge others to consider what makes a good life, and pose uncomfortable questions – for example, “Good for whom?” and “At whose expense?”

Going beyond science, humanists can define cultural forces driving climate change, such as the fossil fuel dependence of industrialized societies.

Popular culture, land use and economics reflected this ideal, particularly in California. Even as the Golden State strives to lead the nation in combating climate change, the legacy of petro-culture endures in suburban sprawl and jammed freeways.

Humanist scholars like LeMenager help to uncover the root causes of complex problems. Yes, rising carbon dioxide levels trap more heat in the atmosphere – but values matter too. Defining features of American identity, such as independence, freedom, mobility and self-reliance, have become entangled with petroleum consumption.