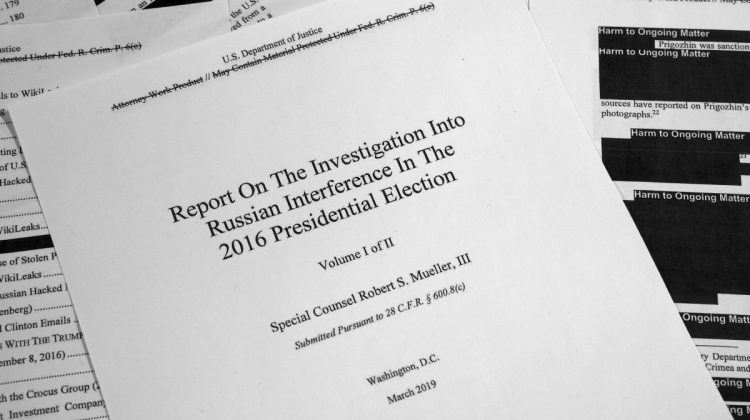 Over at The Washington Post, Valerie Strauss writes about how scholars and teachers are using the Mueller Report in classrooms across the country and across disciplines.  Here is a taste of her piece:

Daniel Lynch is a history and social sciences instructor at the private Marlborough School in California, for grades seven through 12. In an Advanced Placement U.S. History course he was teaching, Lynch said he created a lesson on the Mueller report on the day it was released publicly in April.

“Since there was very little time between the release and our class (about an hour),” he wrote in an email, “I decided to make the lesson a review of impeachment and historic impeachment controversies and then transition to the current controversy.”

First, he said, they reviewed the impeachment process and looked at impeachment controversies involving presidents Andrew Johnson, Richard Nixon and Bill Clinton. (Nixon resigned before he could be impeached; the other two were impeached by the House but not convicted by the Senate). Then students began to look for sources on the Internet about the release of the Mueller report and later drew Venn diagrams comparing and contrasting the three presidents’ experiences with impeachment.

“We talked about bias and point-of-view of various news outlets and decided as a class to focus on the BBC’s live blogging about the report as the best source for our purposes,” he said. “For homework, students had already found and read an article from what they thought was a reputable source on obstruction of justice allegations against Trump based on information already in the public record. As a class, we listed the allegations already out there and added details coming out from the Mueller report.”

The students “loved” the lesson, he said.

Have you used the Mueller Report in your classroom?  Do you plan to use it this Fall?