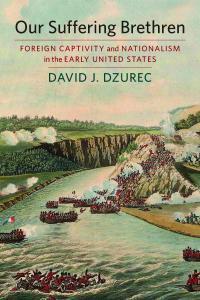 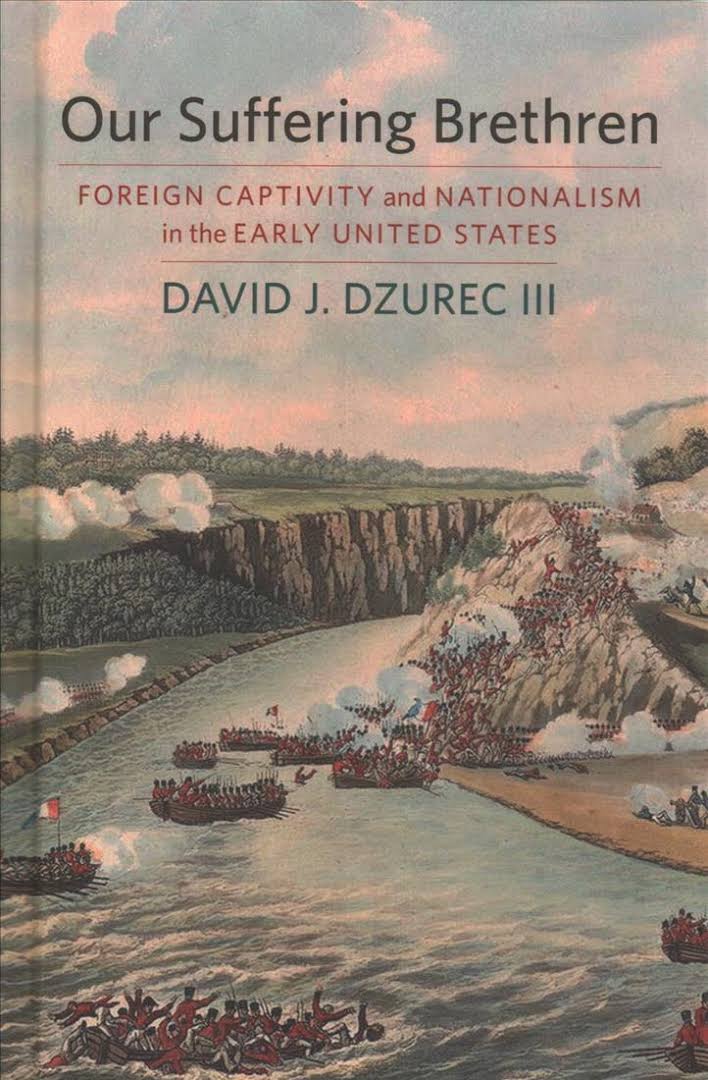 David J. Dzurec is Chair and Associate Professor of History at the University of Scranton  This interview is based on his new book Our Suffering Brethren: Foreign Captivity and Nationalism in the Early United States (University of Massachusetts Press, 2019).

JF: What led you to write Our Suffering Brethren?

DD: This project began when I came across the captivity narrative of Revolutionary prisoner of war John Dodge.  Initially I had planned to write about the experience of captivity during the American Revolution, but as my researched progressed it became clear to me that the impact of these Revolutionary captivity narratives stretched well beyond the 1780s and ultimately played a role in shaping American politics and culture in the first decades of the nineteenth century.  In addition to expanding chronologically, my research also broadened geographically ultimately including narratives from captive Americans in both Africa and Europe.  In examining these narratives, I was struck by how stories of captivity, even at a great distance, still had an impact on the politics and culture of the early United States.  It was an attempt to understand what role these stories played in shaping American political culture that led me to write this book.

JF: In 2 sentences, what is the argument of Our Suffering Brethren?

DD: The threat of foreign captivity in the decades following Independence simultaneously served to bring the American people together in defense of their fellow countrymen while dividing them along partisan lines.  Ultimately, the efforts of both Federalists and Republicans to claim the mantle of defender of American liberty abroad, while playing on fears of American insecurity, helped to create a language of American nationalism that would define American political culture.

JF: Why do we need to read Our Suffering Brethren?

DD: American nationalism (and nationalism more broadly) is often associated with bellicosity and empire.  Our Suffering Brethren demonstrates how the roots of American nationalism and the political culture that goes with it, sprang from a profound sense of insecurity in the early existence of the United States.  While a number of historians have examined how Cold War fears of the Soviet threat shaped American political culture in the 20th Century, I demonstrate that the exploitation of American insecurity abroad was present in the earliest days of American politics—and that it was employed across the political spectrum to advance political agendas.

DD: While there wasn’t one “aha” moment, I have been fortunate to have a number of great history teachers over the years who have helped me to develop a love of both the subject and the process of historical research.  The first “research paper” I ever wrote was on Thomas Jefferson when I was in fifth grade.  Thirty years later, I’m still essentially researching the same thing.  My high school history teacher, Mr. Cowan, brought an irreverence and energy to the study of the past that was infectious and inspired me to become a history major when I went off to college.  As both an undergraduate and graduate student I was fortunate to work with outstanding faculty who helped me become the historian I am today.

DD: Growing out of the research for this book, I’ve become interested in how the Federalists dealt with not only losing political power, but how they responded to the ultimate collapse of their party.  I’ve made an initial foray into this topic with my article “Of Salt Mountains, Prairie Dogs, and Horned Frogs: The Louisiana Purchase and the Evolution of the Federalist Party 1803-1812” and I’m excited to see where this project goes.