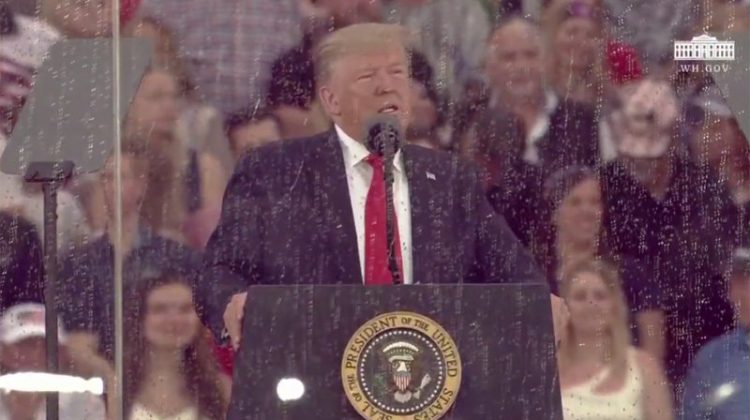 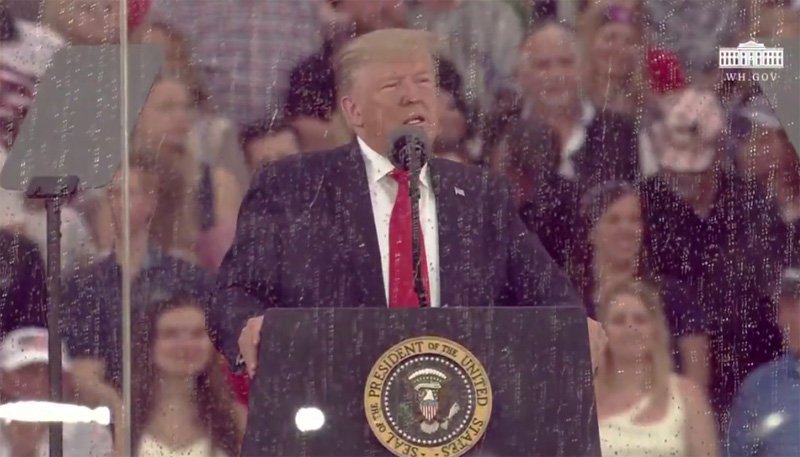 This morning the New York Daily News published one of the best pieces I have seen so far on Trump’s “Salute to America” speech.  It comes from Tom Nichols, a professor at the Naval War College, a former Republican Senate aide, and the author of The Death of Expertise.

Let’s get an obvious point about President Trump’s Independence Day speech out of the way right at the top. It was a bad speech.

It wasn’t bad in the way most of Donald Trump’s speeches are bad, in that it was not overtly objectionable. It was relatively free of the populist claptrap and barely disguised racism that characterizes so many of the president’s rally addresses. In some ways, it was even anodyne, and certainly not even in the same league as his hideous “American carnage” inaugural address.

Instead, it was just a poorly written speech: a long, cliché-plagued, rambling trip through American history that tried to name-check battles and famous people as applause lines. Imagine “We Didn’t Start the Fire” if Billy Joel had been born in 1776 and his producers told him to take as much time as he needed to finish the song.

On that level, the “Salute to America” was a flop. Perhaps this was unavoidable, since it was never meant to salute America, but rather to provide the military display Trump has wanted for two years. Like any enforced celebration, it was flat and labored. There were no memorable phrases, no vivid images and no bold proposals — unless you count a promise to NASA stalwart Gene Kranz to plant a U.S. flag on Mars one day. It would have been a challenging speech to deliver even for a better speaker, and Trump, who hates reading from prepared remarks, plodded through it with a strangely detached presence and a certain amount of mushy enunciation, including a weird blip where he referred to the glorious military capture of some airports in colonial America.

Mining the glories of past military battles while flanked by defense chiefs is the kind of thing Soviet leaders used to do while droning from their reviewing stand in Moscow. It wasn’t patriotic or stirring; it was cringe-inducing. This is probably one of many reasons that former Secretary of Defense James Mattis and former Chief of Staff John Kelly — both retired generals — reportedly squashed this idea whenever it came up.