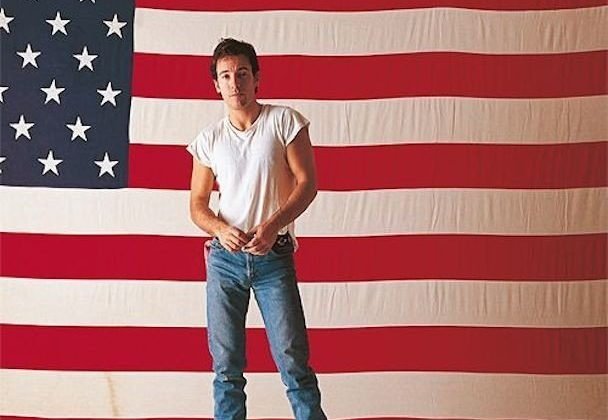 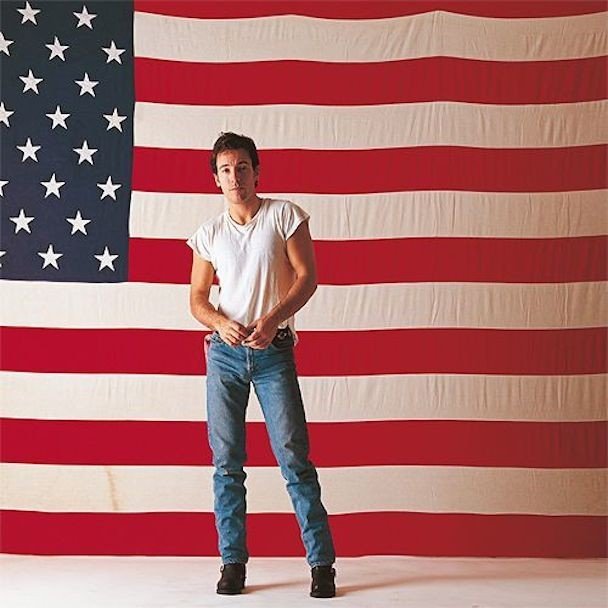 Graham is correct.  The song is really dark.  Here is a piece I wrote a few years ago for Real Clear Politics after former Texas governor Rick Perry used this song at a campaign rally:

If the last several GOP presidential primaries are any indication, nearly every candidate for the Republican Party’s nomination in 2016 will claim to be a follower of Ronald Reagan.

Rick Perry, should he decide to run, will be one of those candidates. The former Texas governor has even decided to use one of Reagan’s old campaign theme songs.

Last Thursday, at an event in Washington D.C., Perry walked onto the stage to Bruce Springsteen’s iconic 1984 single, “Born in the U.S.A.” About thirty years ago this song peaked at #9 on the Billboard charts and it continues to be a quintessential American anthem and a crowd favorite at Springsteen concerts.

Like Reagan in 1984, Rick Perry and his staff seem to have no clue about the song’s meaning. Anyone who listens carefully to the lyrics of “Born in the U.S.A.” will quickly realize that there is little about the song that reflects conservative values.

“Born in the U.S.A.” is about veterans living in the wake of Vietnam War. The first verse describes a veteran who can’t find a job when he returns home. He is rejected by potential employers so many times that he ends up like a “dog who has been beat too much” until he “spends half his life just covering up.”

Springsteen also sings about a fictional “brother” who was killed while fighting the Vietcong. He’s dead, but they’re “still there,” while the woman who he loved is left only with a picture.

Like most Springsteen songs, “Born in the U.S.A.” is a lament for the American working class. It reminds us that Vietnam was a “rich man’s war” and a “poor man’s fight.” This is a protest song. It is a song of tragedy. It tells stories of young men who sacrificed themselves for their country and got nothing in return.

On Sept. 19, 1984, a few months before his overwhelming victory over Walter Mondale, Reagan made a campaign stop in Hammonton, New Jersey, a rural and hardscrabble community with a large Italian-American population. It was a perfect place to test out his new theme song, “Born in the U.S.A.”

After the song blared over the loudspeakers, Reagan stepped up to the podium and said: “America’s future rests in a thousand dreams inside your hearts; it rests in the message of hope in songs so many young Americans admire: New Jersey’s own Bruce Springsteen. And helping you make those dreams come true is what this job of mine is all about.”

On one level, Reagan interpreted Springsteen correctly. A lot of his music is about the way ordinary Americans yearn to live the American Dream. This theme in Springsteen’s music is what attracted conservative columnist George Will to bring The Boss’s songs to the attention of the Reagan re-election team in the first place.

But “Born in the U.S.A.” is also a song about what Springsteen has recently described as the large gap between American reality and the American Dream. The song is more about the tragic side of American life than the sunny pursuits of happiness that politicians, especially conservative politicians, like to talk about on the campaign trail.

“Born in the U.S.A.,” with Max Weinberg’s drum blasts and Springsteen’s rugged voice, is a musical assault on the purveyors of the American dream. It reminds us that for many people in American history the dream has been more like an illusion.

Springsteen heard about the way Reagan was using his song and he lashed back. Two days later, while playing a concert in Pittsburgh, Springsteen paused from the music to say few words of introduction for “Johnny 99,” a song about an unemployed New Jersey autoworker. “Johnny 99” is a cut from Nebraska, one of Springsteen’s darker albums. It is filled with songs that are about brokenness, hardship and death.

Before he played “Johnny 99” that night, Springsteen referenced Reagan’s Hammonton speech: “The President was mentioning my name the other day, and I kinda got to wondering what his favorite album must have been. I don’t think it was the Nebraska album. I don’t think he’s been listening to that one.”

The chorus of “Born in the U.S.A.” may send chills of inspiration up the spines of Rick Perry supporters, but the former Texas governor should probably think twice about using it in any more appearances.