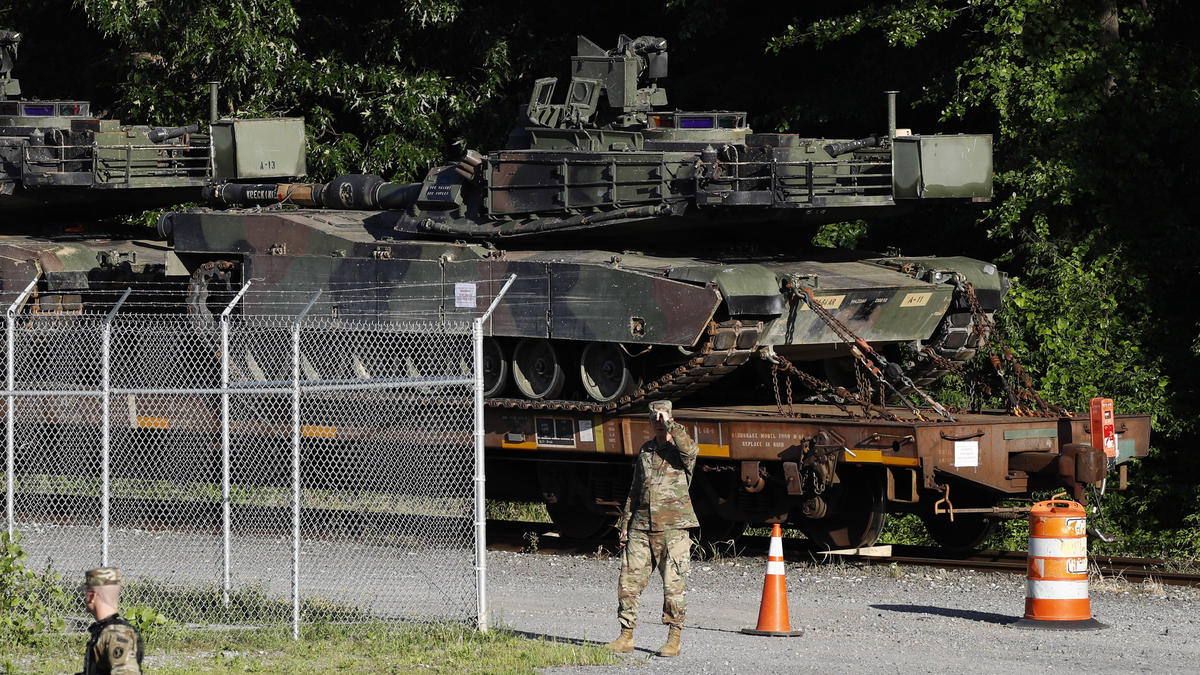 This guest post comes from my friend Byron Borger, proprietor of Hearts & Minds Bookstore in Dallastown, PA.  If you like Byron’s post (or even if you don’t) head over to the Hearts & Minds website and buy a few books from him.

Zechariah 4:6 may not be on most people’s minds on the 4th of July, but it has long been an important verse for me. Perhaps more firmly, now, we should invoke the law and the prophets who warn against Moloch, rebuking any and all who use weapons of mass destruction. (Those who stand in the serious just war tradition, the rational rubric helping discern if any given war and battle strategy is ethically justifiable will surely agree. Mass killing is always wrong.) This haughty Trump parade, in my view, is an abomination; prideful, showing our trust in the weapons of war. We want these technologies to save us. We will do anything, as long as we think they make us safe. It is what the Bible calls idolatry.

Trusting the weapons of war has always been (along with the power of money) a chief idol in the Bible. It’s why young King David said that the point of the famous Goliath story was “this shows that the Lord does not save with sword and shield.” (1 Samuel 17:47.) When ancient Israel trusted their military might or made alliances with pagan nations, they lost! If you know your Bible, you know it is true. (On the other hand just think of the Gideon story — God decreases the number of soldiers until they couldn’t possibly win through military strength. How about Gideon as head of the Department of Defense? Or maybe the Apostle Paul who said in Romans 12 if “if your enemy is hungry, feed him.”)

The most lethal military advancement in the time of the 8th century BC Hebrew prophets was the horse-drawn chariot (apparently invented by the Assyrians) and God forbade Israel from using it. Micah 1:13 says “it was the beginning of sin for you” which is an indication that their militaristic idol worship started in Laschish where they stockpiled these advanced weapons. Most serious Christians have read Psalm 20:7 and Psalm 44:6 and know we dare not trust our weapons.

(I would suggest that the famous “Be still and know that I am God” [Psalm 46:10] might actually be a call to resist making weapons. The King James translation gets it right, translating it as “cease striving.” In the context of the poem about international geo-politics, it is saying to stop an arms race — that is, cease striving to keep up with your global enemies. It seems not to be about private spirituality — it’s a passage more for a peace protest sign than a contemplative retreat. But I digress.)

One does not have to be a complete Christ-like pacifist (committed to nonviolence a la 1 Peter 2:21) to agree that we must never turn our nation’s military into an idol. Given our vast, vast tax expenditures going to the Pentagon (and to those making our weapons) and the hubris with which we usually talk about our military might, it surely is such. Both mainstream parties are guilty; nobody has heeded the warning of General Dwight D. Eisenhower when he warned about the “military industrial complex.” This costly parade is just making evident what our nation stands on and for. In a way, it’s a good thing, honoring the idols of war (what Leviticus calls “the gods of metal”?) so extravagantly. Even if we don’t bow down, it’s clear. Where are the “gospel-centered” teachers who are so helpful in rooting out personal idols? The just-war theorists? Those who critique the “cultural liturgies.” What about this? How far is too far?