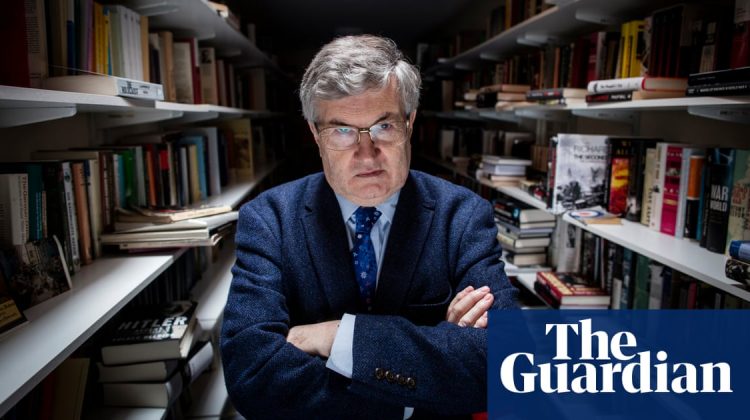 Apparently, obituary-writer and fellow historian Richard J. Evans was no fan of Stone.  Here are few excerpts from Evans’s obituary in The Guardian:

One of the specialities of the historian Norman Stone, who has died aged 78, was character assassination. As a judge of the Fraenkel prize in contemporary history some years ago, he told the astonished members of the jury that they should not award the prize to a historian of Germany whose politics he disliked because she was an East German agent – an allegation that was enough to rule her out of contention even though it was absolutely baseless and undoubtedly defamatory.

Shortly after the death in 1982 of his patron and mentor in Cambridge, EH Carr, the author of a multivolume History of Soviet Russia and influential works on historiography and international relations, Stone published a lengthy assault on his reputation, which included lurid details of his three marriages. When a colleague criticised this “outrageous” diatribe to his face, telling him that Carr “always said you were amoral”, Stone responded: “And he always said you were a bore” (probably an invention, though one cannot know for sure).

At a time when malice and rudeness were highly prized by some rightwing Cambridge dons, Stone outdid them all in the abuse he hurled at anyone he disapproved of, including feminists (“rancid”), Oxford dons (“a dreadful collection of deadbeats, dead wood and has-beens”), students (“smelly and inattentive”), David Cameron and John Major (“transitional nobodies”), Edward Heath (“a flabby-faced coward”) and many more.

And there is this:

During his researches in Vienna, he had met Nicole Aubrey, the niece of the brutal and corrupt Haitian dictator “Papa Doc” Duvalier’s finance minister: they married in 1966 and had two sons. By the time The Eastern Front was published, the marriage was breaking down, and they divorced in 1977.

The resulting financial strain led him to start writing quick potboilers, beginning with a short life of Hitler (1980), a superficial and poorly researched work justly savaged by reviewers, notably Tim Mason, whose exposure of its weaknesses upset Stone considerably despite his own record of rubbishing other historians’ achievements.

As a teacher Stone could be inspiring, often winning over his pupils with his charm, which on occasion could be quite considerable, but he became increasingly undisciplined, neglecting his duties, and spending increasing amounts of time playing poker and drinking himself into oblivion in Soho.

I am not familiar with the academic politics in England, nor do I know anything about German historiography.  Perhaps someone can explain what is going on here.