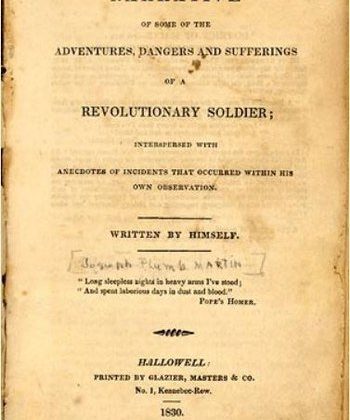 I am reading Mark Lender’s and Garry Stone’s outstanding book Fatal Sunday: George Washington, the Monmouth Campaign, and the Politics of Battle (University of Oklahoma Press, 2016).  In 2017, the book was a finalist for the George Washington Book Prize. 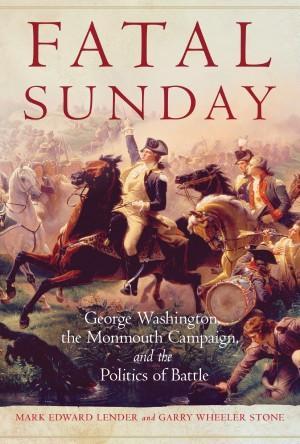 In the authors’ discussion of Brigadier General Charles Scott’s march through Princeton on June 24, 1778, they write:

As it marched, Scott’s column found the public enthusiastic about the unfolding campaign; there was a perception that affairs were building toward a climax.  As the troops passed through Princeton–a town that suffered its share of pillage in 1776 and 1777–residents gave the soldiery a warm welcome.  As Private Joseph Plumb recalled, they dealt out ‘”toddy” to the men as they marched by, “which caused the detachment to move slowly at this place.”  Cheerful young ladies watched “the noble exhibition of a thousand half-starved and three-quarters naked soldiers pass in review.”  In this, the private’s memory lapsed a bit: the troops were actually in reasonably good condition.  But he remembered the “ladies” well enough.  “I declare that I never before or since saw more beauty,” he wrote.  “They were all beautiful.”  With sectional loyalty, the Connecticut soldier allowed that “Yankee ladies” were perhaps smarter, but he insisted that “New Jersey and Pennsylvania ladies” were “handsome, the most so of any in the United States.”  We can never know if his comrades shared his infatuation, but his paean to the Princeton belles suggests that on that evening, they were as much concerned with Venus as with Mars.”

Lender and Stone source this paragraph with footnote 54.    Here is what that footnote says:

J.P. Martin, Yankee Doodle, 123.  Joseph Plumb Martin’s rhapsody on Jersey girls predates that of Tom Waits by two centures.  And for those mystified by the reference, Tom Waits released the popular song “Jersey Girl” in 1980 on his Heartattack and Vine album; the Bruce Springsteen cover of 1981 made it even more popular.  Waits was clearly of the same opinion  as Private Martin.

To fellow Jersey boys Lender and Stone:  Thanks for making my Saturday afternoon with that footnote!

“Down the shore everything’s all right.” 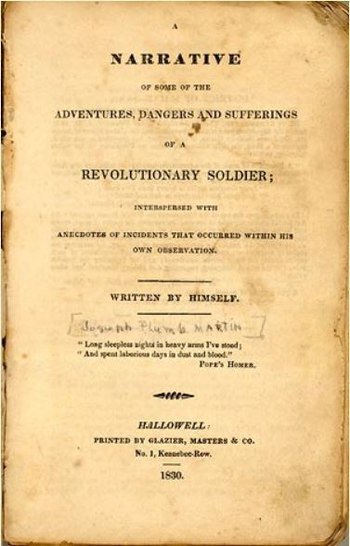