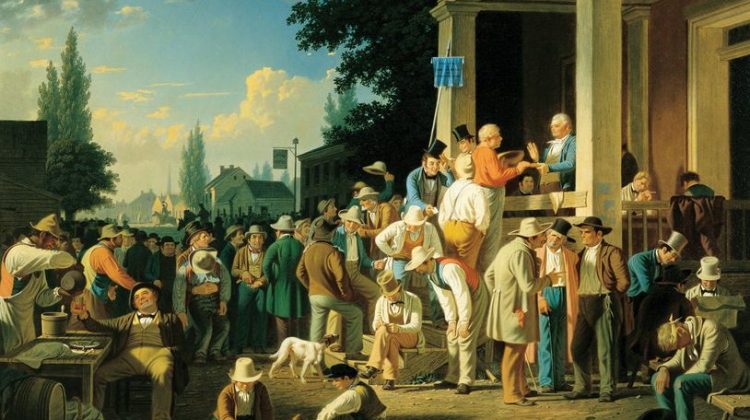 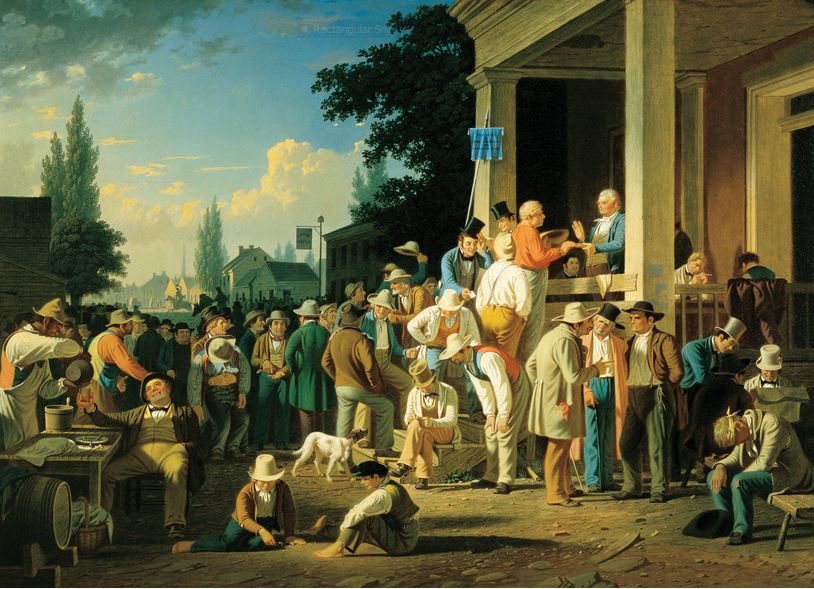 This looks like a really useful website from Lincoln Mullen, Rosemarie Zagarri, and the folks at George Mason University’s Roy Rosenzweig Center for History and New Media:

Mapping Early American Elections offers a window into the formative era of American politics by producing interactive maps and visualizations of Congressional elections from 1787 to 1825. The project makes available the electoral returns and spatial data underlying those maps, along with topical essays on the political history of the period and tutorials to encourage users to use the datasets to create their own maps.

If you use this project, please use the following citation or something like it:

The Roy Rosenzweig Center for History and New Media received funding from the National Endowment for the Humanities in 2016 to offer enhanced access to the early American election returns in the New Nation Votes collection at Tufts University. The New Nation Votes dataset is the only comprehensive record of elections in existence for the early American republic. Scattered in newspapers, state archives, and local repositories around the country, the election returns have been painstakingly gathered over the past forty-five years by Philip J. Lampi of the American Antiquarian Society.

You can find the data we have released in our GitHub repository, along with the other codeproduced by the project.

For more about the project, please read our introductory essay and the other essays on early American politics.