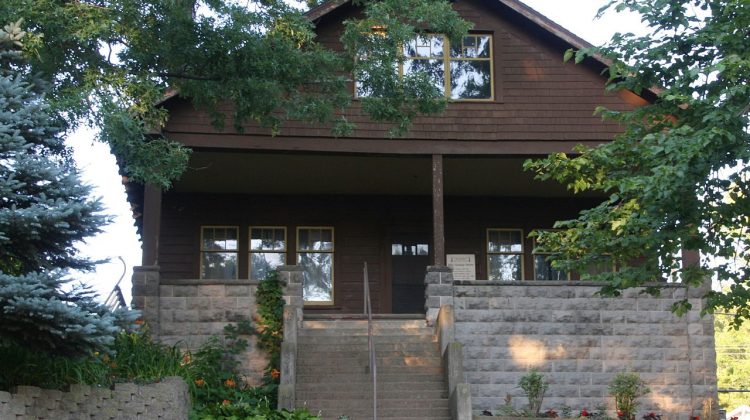 Since Messiah College started the Digital Harrisburg Initiative a few years ago, I have developed a real appreciation for digital and public history projects at small colleges and universities.  In 2011, I spent a day at Grace College in Winona Lake, Indiana.  I was there to deliver a lecture, but I also spent some time touring an on-campus museum which would eventually become the Winona History Center.

Winona Lake was a popular vacation resort and Bible conference for evangelicals and fundamentalists in the 20th century largely because it was the home of the revivalist and former baseball player Billy Sunday.  The nation’s most popular preachers and speakers passed through Winona Lake every summer, including William Jennings Bryan and Billy Graham.

Recently, Grace College and the Winona History Center won a grant to create an interactive digital tour of the Billy and Helen Sunday Home.  Here is a taste of InkFreeNews’s coverage:

WINONA LAKE — The Winona History Center in Winona Lake, was one of 18 libraries, schools, and museums to receive grants from Indiana Humanities and Indiana Landmarks this spring. The History Center, which is owned and operated by Grace College, has received an Historic Preservation Education Grant of up to $1,700 to create an interactive digital tour of the Billy and Helen Sunday Home for those unable to access the building.

“Funding a wide range of thoughtful and creative programming that connects so many Hoosiers to the depth and breadth of the humanities is core to our mission,” said Keira Amstutz, president and CEO of Indiana Humanities. “We are encouraged every year by the innovative programs proposed by the grantees and the opportunity to touch the lives of residents all over Indiana.”

The project, which is being developed by museum director Dr. Mark Norris and museum coordinator Karen Birt, will produce an interactive map on an iPad of the layout of the second floor of the Billy and Helen Sunday Home, making it accessible to the mobility challenged. Users will be able to click on the artifacts pictured in each room and receive an audio, visual or textual provenance of the artifact.

The project will allow Sunday Home visitors to interact with the home, which is located at 1111 Sunday Lane, about four blocks from the Winona History Center in Westminster Hall on the Grace College campus.