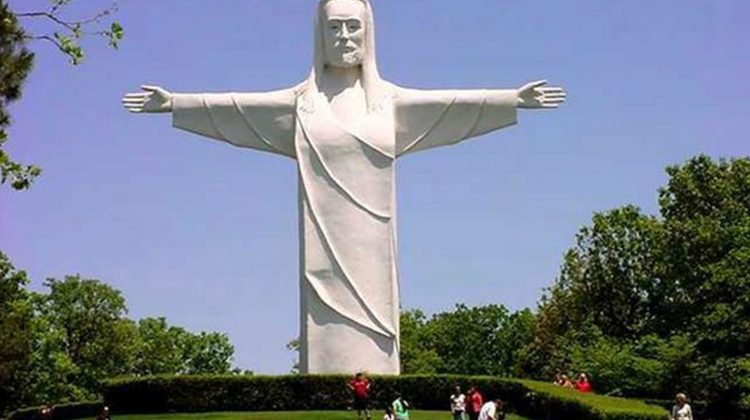 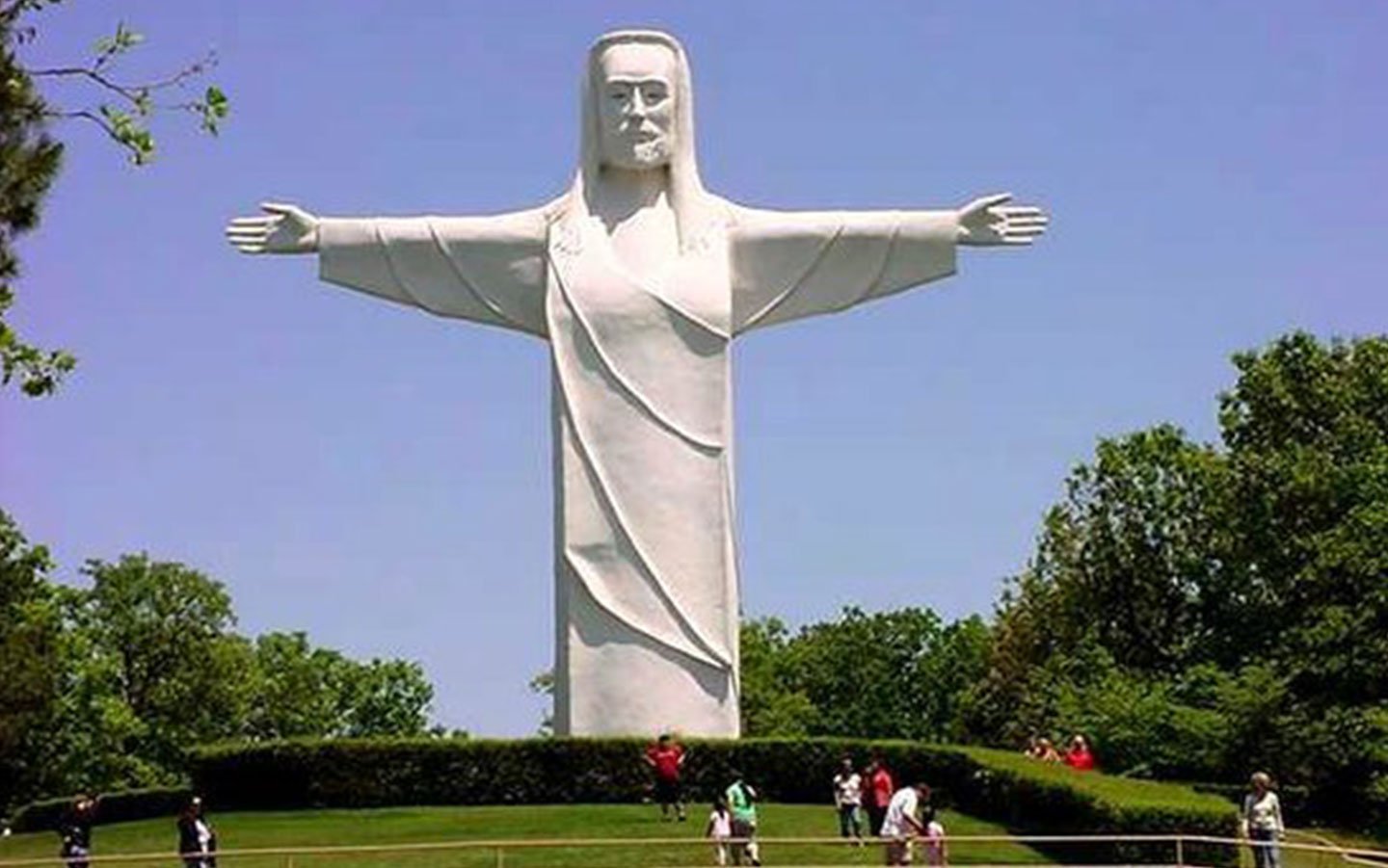 I haven’t visited the 65.6 foot-tall statue near Eureka-Springs, Arkansas, but I learned a lot about it from Ben Railton, the “American Studier.”  Here is a taste of his post:

Near Eureka Springs, Arkansas, at the top of the strikingly named Magnetic Mountain, stands a 65.5 foot-tall statue of Jesus. “Christ of the Ozarks” was erected by retired clergyman and political organizer Gerald L.K. Smith as part of a planned religious theme park on his sprawling estate that he called collectively his “Sacred Projects” (that overall project largely didn’t pan out, although Smith did also build a 4100-seat amphitheater where performances of “The Great Passion Play” are to this day featured almost nightly from May through October each year and have become one of the nation’s most-attended theatrical events). The statue, designed primarily by sculptor Emmet Sullivanand completed in 1966, faces the town of Eureka Springs as a blessing on and thank you to the town for allowing Smith to construct such a giant monument. I haven’t seen confirmation of this, but I have to believe it’s the second largest statue in the U.S. that portrays a single human subject, trailing only Monday’s subject the Statue of Liberty (and of course Jesus Christ was an actual historical figure as well as a symbolic one like Lady Liberty).

When we learn more about the personal and social histories of both Smith and Sullivan, the symbolic American meanings of “Christ of the Ozarks” deepen significantly. Smith initially rose to national prominence working with Huey Long in Louisiana; he quit his ministry in order to help run Long’s Share Our Wealth campaign, and took it over entirely after Long’s 1935 assassination. But while Long focused more overtly on issues of class and poverty, Smith was more dedicated to the cause of white supremacy, and gradually moved more fully into that realm. Those efforts culminated during World War II, in the course of which he founded the anti-Semitic America First Party and ran for President in 1944, denied the Holocaust, lobbied for the release of the Nazi defendants at the Nuremberg Trials, and generally became one of America’s most extreme white supremacist voices. I don’t mean to suggest that white supremacy and Evangelical Christianity are necessarily linked, but they certainly have often been, as we’re seeing again with the strikingly resilient evangelical support for our most overtly white supremacist president. At the very least it’s an important and telling fact that the nation’s largest monument to Christianity was constructed by one of the most extreme white supremacists of at least the last century.