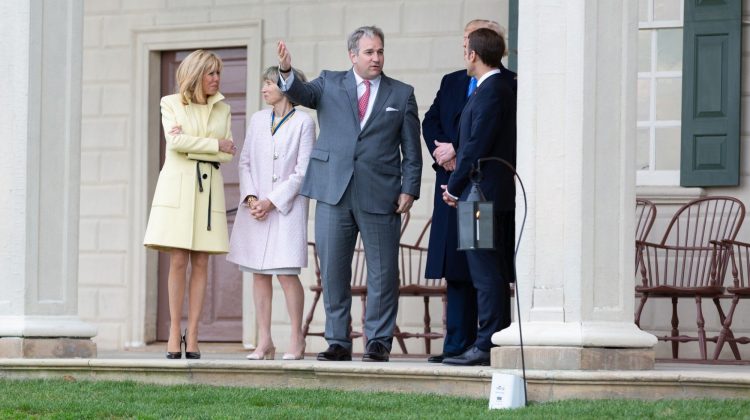 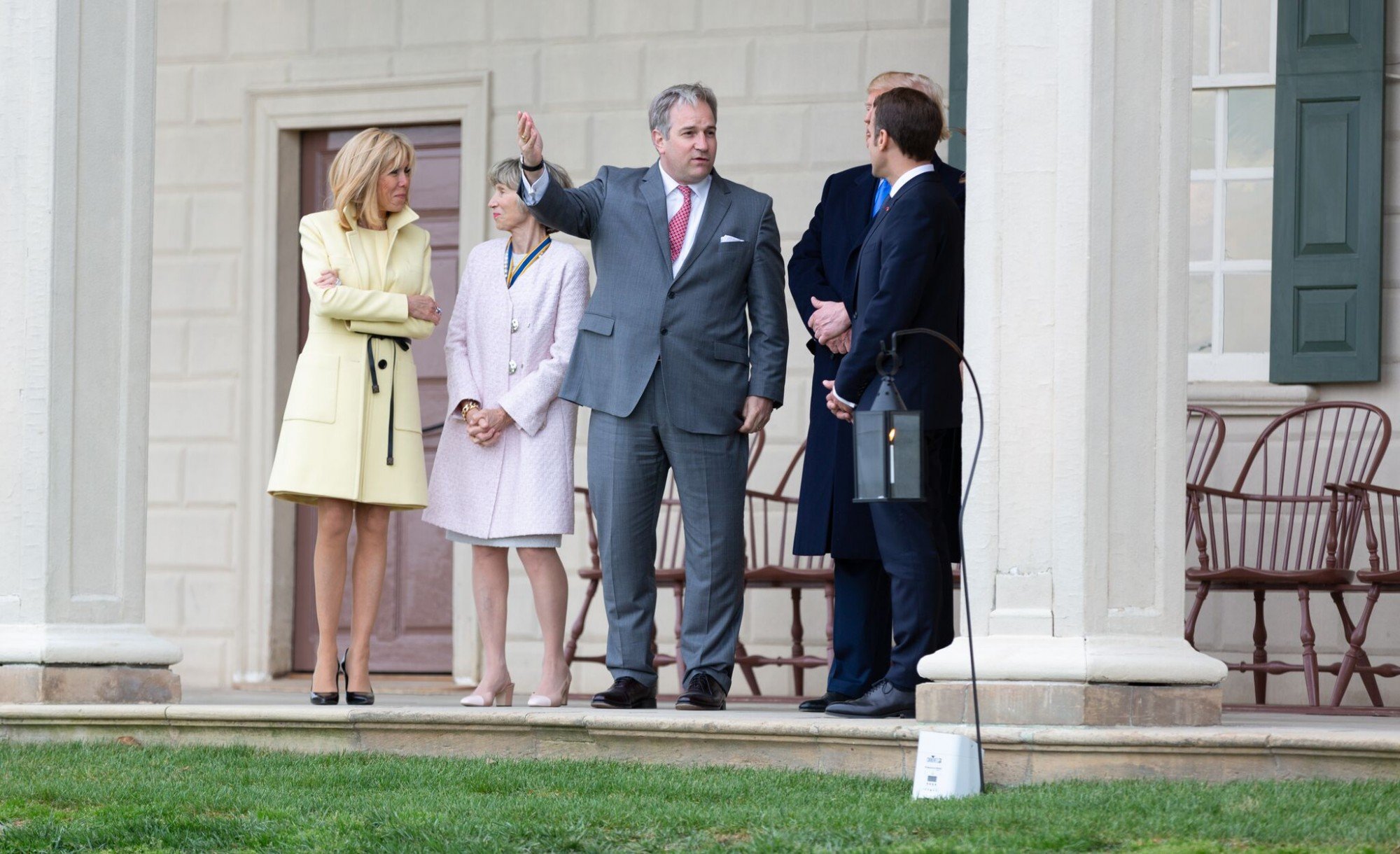 Now Bradburn is talking about the Trump visit.  Here is a taste of an article at Politico on Bradburn’s attempts to keep Trump interested on the tour:

During a guided tour of Mount Vernon last April with French president Emmanuel Macron, Trump learned that Washington was one of the major real-estate speculators of his era. So, he couldn’t understand why America’s first president didn’t name his historic Virginia compound or any of the other property he acquired after himself.

“If he was smart, he would’ve put his name on it,” Trump said, according to three sources briefed on the exchange. “You’ve got to put your name on stuff or no one remembers you.”

The VIPs’ tour guide for the evening, Mount Vernon president and CEO Doug Bradburn, told the president that Washington did, after all, succeed in getting the nation’s capital named after him. Good point, Trump said with a laugh.

The president’s disinterest in Washington made it tough for tour guide Bradburn to sustain Trump’s interest during a deluxe 45-minute tour of the property which he later described to associates as “truly bizarre.” The Macrons, Bradburn has told several people, were far more knowledgeable about the history of the property than the president.

A former history professor with a PhD, Bradburn “was desperately trying to get [Trump] interested in” Washington’s house, said a source familiar with the visit, so he spoke in terms Trump understands best — telling the president that Washington was an 18th century real-estate titan who had acquired property throughout Virginia and what would come to be known as Washington, D.C.

“That is what Trump was really the most excited about,” this person said.

Here is what I wrote about Trump and American history in Believe Me: The Evangelical Road to Donald Trump:

But the problem with Donald Trump’s use of American history goes well beyond his desire to make America great again or his regular references to some of the darker moments in our past–moments that have tended to divide Americans rather than uniting them.  His approach to history also reveals his narcissism.  When Trump says that he doesn’t care how “America first” was used in the 1940s, or claims to be ignorant of Nixon’s use of “law and order,” he shows his inability to understand himself as part of a larger American story.  As Washington Post columnist Michael Gerson wrote in the wake of Trump’s pre-inauguration Twitter attack on civil rights icon John Lewis, a veteran of nonviolent marches who was severely beaten at Selma: “Trump seems to have no feel for, no interest in, the American story he is about to enter.”  Gerson describes Trump’s behavior in this regard as the “essence of narcissism.”  The columnist is right: Trump is incapable of seeing himself as part of a presidential history that is larger than himself.  Not all presidents have been perfect, and other have certainly shown narcissistic tendencies; but most of them have been humbled by the office.   Our best presidents thought about their four or eight years in power with historical continuity in mind.  This required them to respect the integrity of the office and the unofficial moral qualifications that come with it.  Trump, however, spits in the face of this kind of historical continuity.  This isn’t conservatism; it is progressive thinking at its worst.  Alexis de Tocqueville once said, “Not only does democracy make men forget their ancestors, but also clouds their view of their descendants and isolates them from their contemporaries.  Each man is forever thrown back on himself alone, and there is a danger that he may be shut up in the solitude of his own heart.”

Sam Wineburg, one of the country’s foremost scholars of historical thinking, writes:

“For the narcissist sees the world–both the past and the present–in his own image.  Mature historical understanding teaches us to do the opposite: to go beyond our own image, to go beyond our brief life, and to go beyond the fleeting moment in human history into which we have been born.  History educates (“leads outward” in the Latin) in the deepest sense.  Of the subjects in the secular curriculum, it is the best at teaching those virtues once reserved for theology–humility in the face of our limited ability to know, and awe in the face of the expanse of history.”