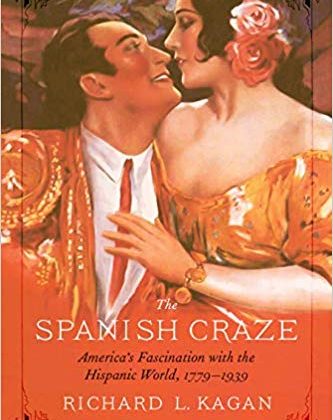 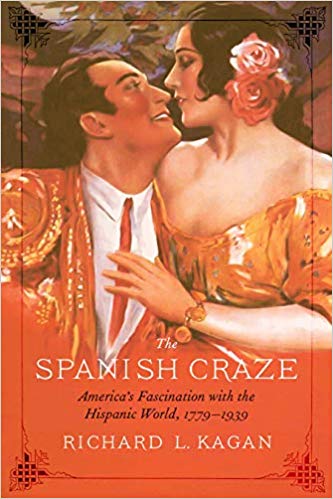 Richard Kagan is Academy Professor and Arthur O. Lovejoy Professor Emeritus of History at Johns Hopkins University. This interview is based on his new book, The Spanish Craze: America’s Fascination with the Hispanic World, 1779-1939 (University of Nebraska Press, 2019).

JF: What led you to write The Spanish Craze?

RK: My interest in US attitudes towards Spain, and more broadly, Hispanic culture in general, dates to the early 1990s, and what I felt was the failure of the AHR, in keeping with the celebration of its centenary, to address the trajectory of US scholarship on Spain. The journal had commissioned articles on US historical scholarship on France, Italy, and other European countries, but not Spain. That lacuna led initially to my “Prescott’s Paradigm: American Historical Writing and the Decline of Spain,” published in the AHR in 1996, and later to other essays and articles on such related issues as the changing image of Spain in the US along the history of collecting of both Spanish and Spanish Colonial art. By 2009, after having explored the history of Spanish-themed architecture in the US, I decided a book that addressed these topics along with the often stormy political relationship between Spain and the US, the history of Spanish language instruction in the country, Spanish-themed movies, music, as well as literature demanded comprehensive treatment as well. The Spanish Craze is the result.

JF: In 2 sentences, what is the argument of The Spanish Craze?

RK: Key to the book is “forgive and forget,” an idea which surfaced in the immediate aftermath of the Spanish-American War of 1898, a conflict that ended an imperial rivalry that lasted for a well over a century. With Spain no longer to threat US interests, Americans, starting with Theodore Roosevelt, demonstrated a new fascination with Spanish culture–art, architecture, language, music and more –, essentially embracing much of that culture as their own.

JF: Why should we read The Spanish Craze?

RK: I believe that it enriches our understanding the composite character of American culture. It also brings new attention to what Walt Whitman once termed “ The Spanish Element in our Nationality.”

RK: For most of my career, I have been a historian of Spain and its overseas empire. American history is a relatively new subject for me, and I still have much to learn. However, I have long been interested in the complex links between Spain, Spanish America, and the US. The Spanish Craze explores some of these links, but there is more, much more, to be done on the subject.

RK: A biography of Henry Charles Lea, the 19th Century Philadelphia publisher-cum-historian and author of the first comprehensive history of the Spanish Inquisition. Lea’s papers are mainly located in Philadelphia, which, following my retirement from Johns Hopkins in 2013, is where I now live.