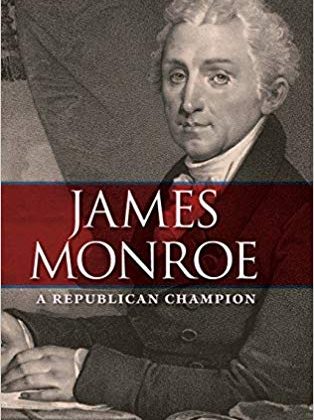 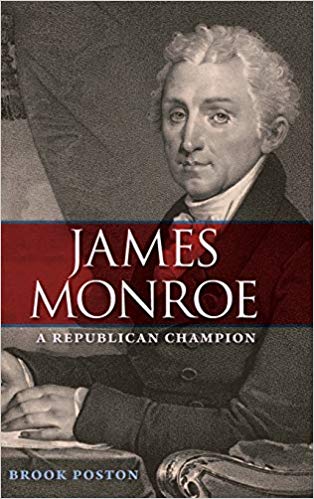 Brook Poston is Associate Professor of History at Steven F. Austin State University. This interview is based on his new book, James Monroe, A Republican Champion (University Press of Florida, 2019).

JF: What led  you to write James Monroe?

BP: Monroe was right in the thick of every major event during the first half century of American history, yet he is probably the least well known of the major American founders. Also, because his career began during the Revolutionary era and ended in 1825, the study of his life offers a window into two different generations of American political figures. I also liked that Monroe wanted to be remembered alongside the Washington, Jefferson, and Madison but was never quite able to match their accomplishments. It makes him a little more relatable, more human.

JF: In two sentences, what is the argument of James Monroe?

BP: Monroe attempted to craft a legacy for himself as a champion of an American style of republicanism (dedicated to the protection of liberty) by helping to secure it within the United States and spread it overseas. Monroe tried to secure republicanism at home by purchasing Louisiana, fighting the British during the War of 1812, and acquiring Florida, but his true passion was spreading republican ideals abroad which he tried to do during both the French and Latin American revolutions, culminating with his famous Monroe Doctrine which he hoped would secure his own legacy as a champion of republicanism.

JF: Why should we read James Monroe?

BP: This work changes our understanding of Monroe and his era in some important ways. Because of his experience during the American Revolution and his subsequent apprenticeship to Thomas Jefferson, Monroe came to believe that the creation and hopeful spread of American republicanism was arguably the most important cause in human history. This mindset helps explain Monroe’s position on the French Revolution, which he saw as analogous to the American Revolution. As the American minister to France during the 1790s Monroe tried to build a lasting alliance between the two nations in defense of republicanism. When the Federalists rejected the French Revolution and President Washington dismissed Monroe as his minister in Paris, Monroe saw it as a major defeat for the republican movement. After Jefferson’s election in 1800, Monroe shifted his focus to securing his own political career and republicanism at home. This helped guide his decision making as he purchased the Louisiana territory, negotiated the Monroe-Pinkney Treaty, and helped fight the British during the War of 1812. Nevertheless, the memory of the lost opportunity in France stuck with Monroe as that country drifted away from republicanism under Napoleon. By the time Monroe reached the nation’s highest office in 1817, republican revolutions were breaking out all over Latin America and Monroe saw it as a chance to correct the mistakes the U.S. made during the French Revolution. Monroe therefore saw his doctrine not primarily as a tool to promote American hegemony in the western hemisphere but as part of the ongoing battle between republicanism and monarchy.

BP: Like many college history majors I decided to go to law school after undergrad. I enjoyed certain aspects of the law but I was unsure about a legal career as I finished up my time at the University of Kansas. Luckily a KU law professor named Michael Hoeflich convinced me that it wasn’t crazy to want to get a PhD in history after I graduated from law school. A year of practicing law drove home the fact that I didn’t want to be a lawyer for the rest of my life and I ended up going back to history and finding a new, and far more satisfying, career.

BP: I plan to write another Monroe book, this time on his relationships with Washington, Jefferson, Hamilton, Madison, the Adams’s, and Jackson. This project will look at Monroe’s interactions with these men through the lens of the rise, fall, and rebirth of American political parties.