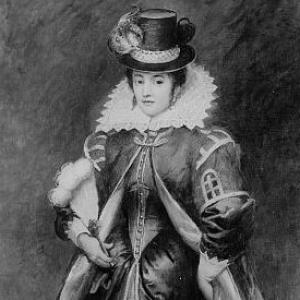 Stay tuned.  Karen Kupperman will soon be visiting The Author’s Corner to discuss her new book Pocohontas and the English Boys: Caught Between Cultures in Early Virginia.  While you eagerly await our interview with Kupperman, check out her piece at Time: “The Real Story of Pocohontas is Rarely Told.”

Pocahontas did in fact make the crucial contribution to Virginia’s success, but in a way that completely surprised everyone. Colonists had been trying to grow tobacco for years, but without success. Now suddenly, with Pocahontas present, John Rolfe succeeded in growing a crop Europeans would buy. Tobacco culture required very different techniques from European crops, and women were the agriculturalists in Chesapeake Algonquian society, so she was the one who understood both the crop and the environment. Tobacco transformed Virginia from a money drain to an economic success as smoking went from a pastime for the elite few in Europe to something everyone could afford.

Soon, Thomas Rolfe was born and the Virginia Company decided to bring Pocahontas and her son to London to show off their success. They arrived in late spring 1616, and she was presented as visiting royalty. Pocahontas was received at the Royal Court and in an elaborate ceremony by the Bishop of London. But the rapidly growing city of London was badly polluted — both its air and water. As the visiting party was moving down the Thames River to begin their homeward voyage, Pocahontas became very sick and they went ashore at Gravesend. She died and was buried there in March 1617, age 20. Baby Thomas was also sickly and John left him to be brought up by his brother in Norfolk, for fear he would not survive the long ocean voyage.

Despite her short life, Pocahontas was a key figure in the beginnings of English America. And it was her intelligence and willingness to take risks that made her so. She adapted to so many difficult situations, in a world so different from the one in which she’d grown up, and always found a way to succeed. Far from being a side note to the story of American history, she was in fact the hero of the tale.