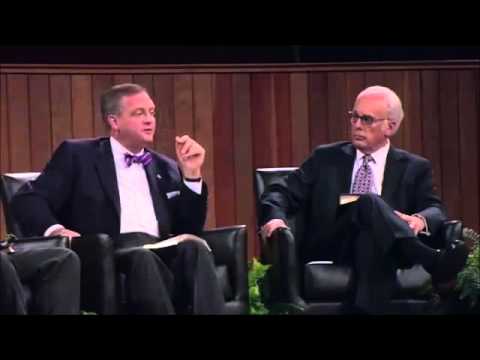 At a recent conference at John MacArthur‘s Grace Community Church, someone asked Al Mohler, a Southern Baptist seminary president, why he did not sign MacArthur’s statement condemning “social justice” in the evangelical community.  (We covered this here and here).

Here is a taste of Samuel Smith’s reporting at the Christian Post:

Mohler, an influential voice in conservative evangelicalism who frequently voices his opinions on current events through his daily podcast, took part in a panel discussion last week at the 2019 Shepherd’s Conference at MacArthur’s Grace Community Church in California.

During the panel discussion moderated by Grace to You Executive Director Phil Johnson, Mohler and other panelists on stage were asked why they didn’t sign The Statement on Social Justice & the Gospel.

The statement spearheaded last year by the 79-year-old MacArthur claimed that social justice “values borrowed from secular culture are currently undermining Scripture in the areas of race and ethnicity, manhood and womanhood, and human sexuality.”

I read this entire article and I still don’t know what Mohler thinks about social justice.  He seems to have tip-toed around the issue without really saying anything. Here is a taste of Smith’s reporting:

When directly asked why he didn’t sign, Mohler explained:

“I want to be very honest. You have known me for a long time. So you know of my concerns. I am having before God trying to address those concerns the way I think best consistent with 35 years of public ministry,” Mohler said. “I was not particularly appreciative of being handed a statement.”

Mohler stressed that when it came to the statement, he had no opportunity to “offer any particular consultation or suggestion.”

“It is not pride of authorship but I am just reluctant to sign onto anything that is not creedal and confessional that doesn’t express exactly how I want to say something,” Mohler explained. “Not signing should not be interpreted as a rejection of common concern. I don’t think that is fair.”

Apparently the Southern Baptists are divided on this issue.