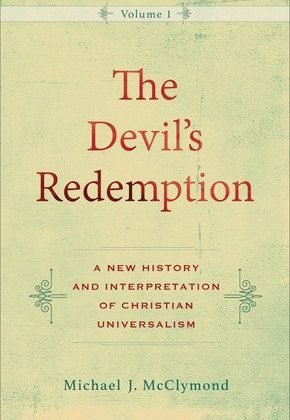 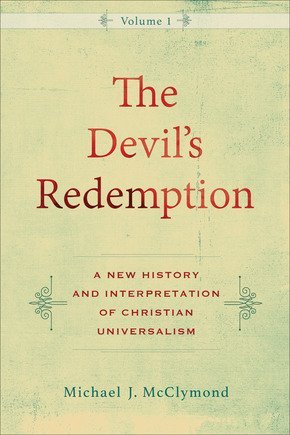 Christianity Today is running an informative interview with Saint Louis University theologian and religious historian Michael McClymond on Christian universalism.  The interview, conducted by Paul Copan of Palm Beach Atlantic University, is based on his new book The Devil’s Redemption: A New History and Interpretation of Christian Universalism.  Here is a taste of the interview:

What prompted you to write on the topic of universalism?

There were several stages in the process. As an undergraduate at Northwestern University, I had a religious studies professor—the late Dr. Edmund Perry—who insisted that Paul taught universal salvation in Romans and 1 Corinthians. I was taking Greek at the time, and the professor’s claim did not seem credible to me. When I attended Yale Divinity School, I wrote a comparative essay on the eschatologies of Origen and Karl Barth—a short piece that I now recognize as the tiny seed from which The Devil’s Redemption later sprang.

Another factor is a dream that I had about a dozen years ago. Without going into too much detail, this was an unnerving encounter in which I saw God’s coming judgment arriving in the form of an overpowering storm; people in the path of the storm were pleasantly chit-chatting when they ought to have been seeking cover. The dream left a lasting impression. It suggested to me that we’re unprepared—both inside and outside of the church—for the return of Christ.

When Rob Bell came out with Love Wins in 2011, what struck me was not so much the book itself, with its well-worn arguments, but rather the widespread approval the book elicited, together with the collective yawn of indifference on the part of most who didn’t approve. I came to the conclusion that Karl Barth’s affirmation of universal election in the 1940s (in the second volume of his massive Church Dogmatics) had inaugurated a widespread turn toward universalism in mainstream theological circles, that this trend had gained momentum over the last half-century, and that the time was overdue for a wide-ranging appraisal of this teaching.

Read the entire interview here.   You can buy the book, in two volumes, from Baker Academic at the whopping price of $90.00.