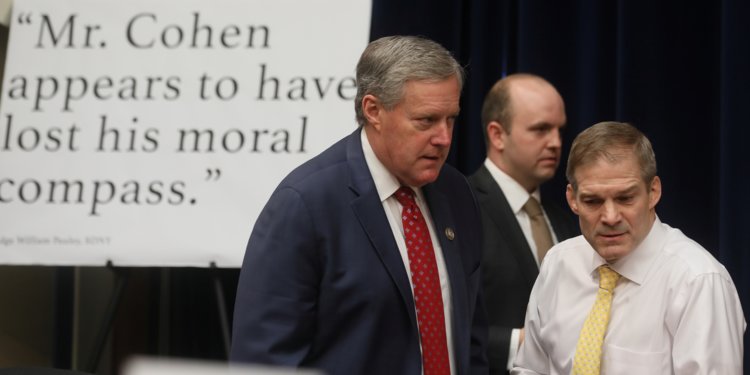 The New York Times is running a very revealing op-ed by Peter Wehner, a fellow at the conservative Ethics and Public Policy Center, on Michael Cohen’s testimony before Congress yesterday.

Yet Republicans on the House Committee on Oversight and Reform, in their frantic effort to discredit Mr. Cohen, went after him while steadfastly ignoring the actual evidence he produced. They tried to impugn his character, but were unable to impugn the documents he provided. Nor did a single Republican offer a character defense of Mr. Trump. It turns out that was too much, even for them.

In that sense, what Republicans didn’t say reveals the truth about what happened at the hearing on Wednesday as much as what they did say. Republicans showed no interest, for example, in pursuing fresh allegations made by Mr. Cohen that Mr. Trump knew that WikiLeaks planned to release hacked emails from the Democratic National Committee in the summer of 2016.

In a sane world, the fact that the president’s former lawyer produced evidence that the president knowingly and deceptively committed a federal crime — hush money payments that violated campaign finance laws — is something that even members of the president’s own party would find disquieting. But not today’s Republican Party.

Instead, in the most transparent and ham-handed way, they saw no evil and heard no evil, unless it involved Mr. Cohen. Republicans on the committee tried to destroy the credibility of his testimony, not because they believe that his testimony is false, but because they fear it is true.

By now Republicans must know, deep in their hearts, that Mr. Cohen’s portrayal of Mr. Trump as a “racist,” “a con man” and “a cheat” is spot on. So it is the truth they fear, and it is the truth — the fundamental reality of the world as it actually is — that they feel compelled to destroy. This is the central organizing principle of the Republican Party now. More than tax cuts. More than trade wars. More even than building a wall on our southern border. Republicans are dedicated to annihilating truth in order to defend Mr. Trump and they will go after anyone, from Mr. Cohen to Robert Mueller, who is a threat to him.