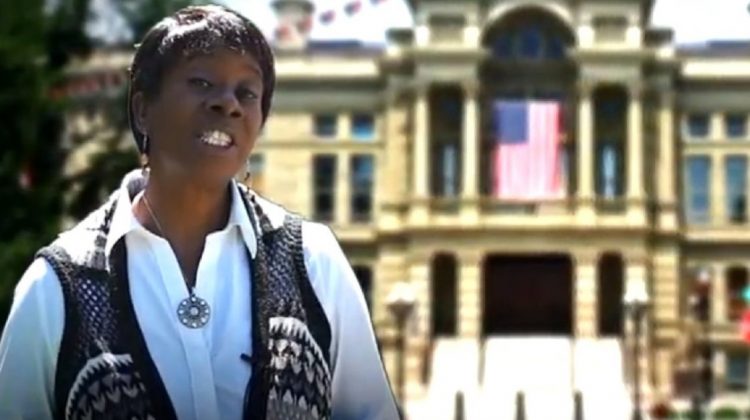 Wyoming just defeated a bill that would have ended the death-penalty in the state.  Read all about it here.  Several of the supporters of the bill made religious arguments for why the death penalty was immoral.

And then there was Senator Lynn Hutchings from Cheyenne.

Here is a taste of the Casper Star-Review article:

Sen. Lynn Hutchings, R-Cheyenne, argued that without the death penalty, Jesus Christ would not have been able to die to absolve the sins of mankind, and therefore capital punishment should be maintained.

“The greatest man who ever lived died via the death penalty for you and me,” she said. “I’m grateful to him for our future hope because of this. Governments were instituted to execute justice. If it wasn’t for Jesus dying via the death penalty, we would all have no hope.”

FYI:  Hutchings has also compared homosexuality to bestiality and pedophilia.