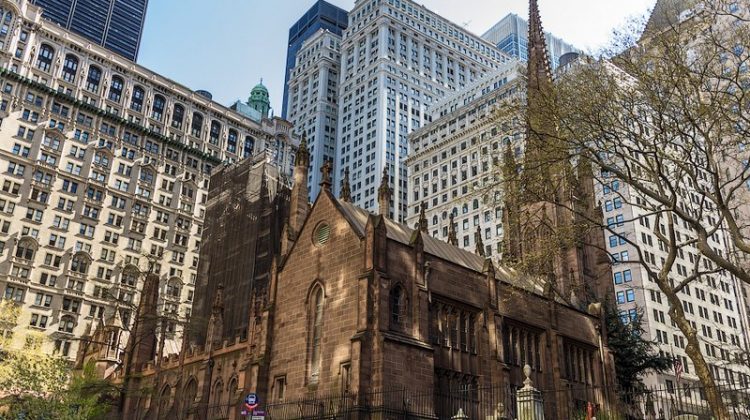 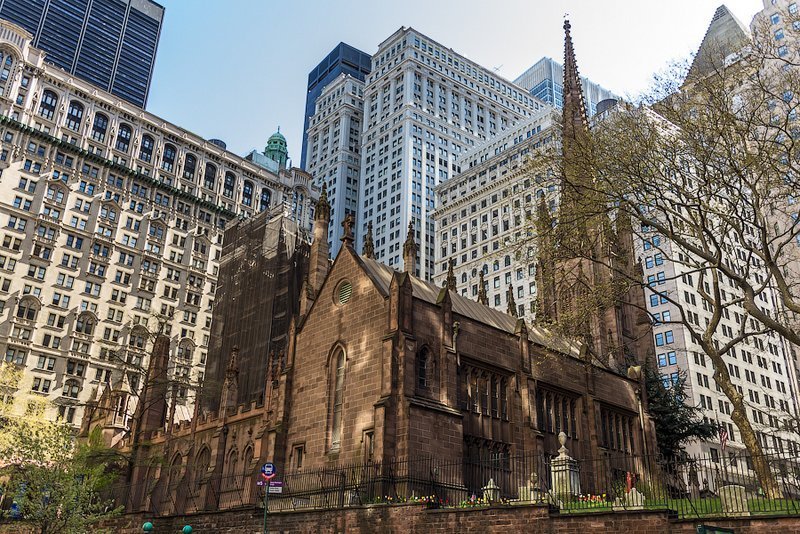 Today, Trinity Church is very wealthy.  Over at The New York Times, Jane Margolies writes about the church’s real estate investments in the city and its own construction of a $350 million glass tower.  Here is a taste:

While many places of worship are warding off developers as they struggle to hold on to their congregations and buildings, Trinity is a big-time developer itself.

The church has always been land-rich. And it has long had its own real estate arm, which controls ground leases and office space rentals in the buildings it owns. But now it finds itself with a newly diversified portfolio worth $6 billion, according to the current rector, the Rev. Dr. William Lupfer.

After being instrumental in changing the zoning laws in Hudson Square, a neighborhood between West Houston and Canal Streets, Trinity Real Estate has entered into a joint venture that gives it a majority stake in 12 buildings that contain six million square feet of commercial space. A lucrative deal with the Walt Disney Company, valued at $650 million, was signed just last year.

And as it builds its glass tower — which will house administrative offices, public gathering spaces and, yes, commercial tenants — Trinity is also renovating the interior of its historic church, which is expected to cost $110 million.

Trinity has been able to do all this because it’s been a savvy manager of its resources. It is also, as a church, exempt from taxes.

But some wonder about the ethics of a religious institution being such a power player in the world of New York real estate.