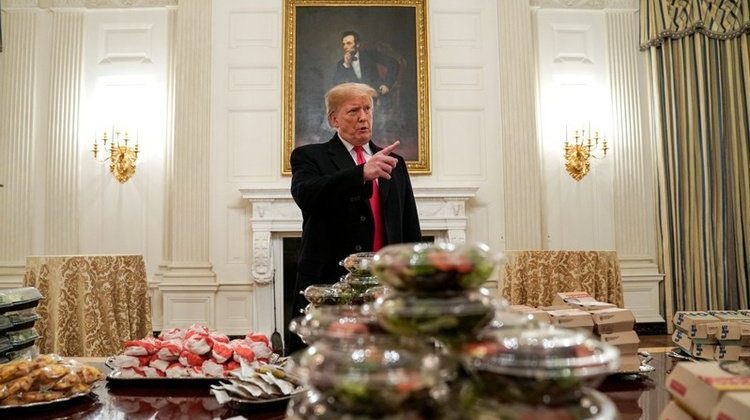 As Donald Trump served hamburgers and fries to the Clemson University football team, Abraham Lincoln sat and watched.  Here is a taste of Amy Wang’s piece at The Washington Post:

There he was, the legendary statesman who had guided the United States through the bloody Civil War, now peering at stacks of either 300 hamburgers or “over 1000 hamberders,” depending on whom or when you asked.

It didn’t help that Trump gleefully presided over the spectacle while standing directly beneath Honest Abe.

“I like it all. It’s all good stuff,” Trump declared as a White House staffer finished lighting two majestic candelabras flanking the spread. “Great American food!”

Above him, a great American hunched deep into his chair, chin in hand, pondering life, liberty and the rights of man. If paintings on walls could talk, what might Lincoln even say?