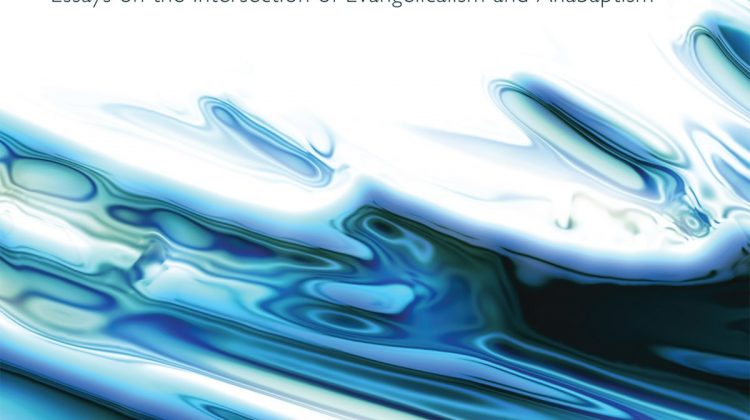 A few years ago I wrote an essay in a book, edited by Jared Burkholder and David Cramer, titled, The Activist Impulse: Essays on the Intersection of Evangelicalism and Anabaptism.  Since I self-identify as an evangelical, work at a college with Anabaptist roots, and study American evangelical movements, I have had an informal interest in this subject for a long time.

Cramer is a pastor and seminary professor who works at the intersection of these two Christian movements.   I met him for the first time in the Fall when I spoke about Believe Me at the Anabaptist Mennonite Biblical Seminary in Elkhart, Indiana.

“Are you sure you belong on the evangelical channel?” the Patheos director of content asked me over the phone. It’s a fair question.

A couple months ago over breakfast a pastor friend from my evangelical denomination expressed his concern with what he called my “Mennonitism.” He seemed to think Anabaptist theology is incompatible with evangelicalism and to equate Anabaptism with liberalism.

The irony is that the denomination in which we both pastor was started by Mennonites who had been kicked out of the Mennonite church for their progressive methods and ideals—like singing four-part harmony, holding tent revivals, and embracing women in leadership.

The suspicion can run both ways. Last fall evangelical historian John Fea spoke at Anabaptist Mennonite Biblical Seminary (AMBS, the seminary where I work) and was told in no uncertain terms by one Mennonite theologian in attendance that evangelical theology is itself responsible for the violence and racism prevalent in American society. After the interaction Fea wrote that he “realized that Anabaptism and Evangelicalism are quite different, especially when it comes to the theology of the atonement and the role that doctrine plays in Christian identity.”