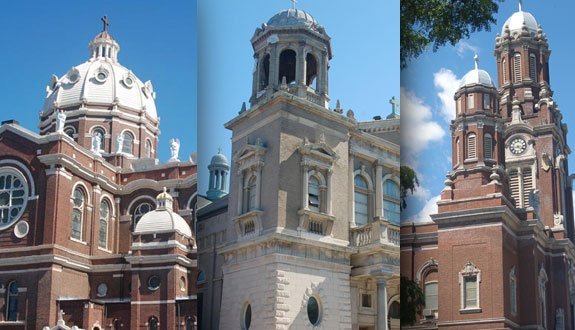 The American Catholic Historical Association is trying something new this year.  During its annual meeting at the AHA in Chicago some sessions will be devoted to a critical examination of the four words in its name:  “American,” “Catholic,” “Historical,” and “Association.”   Here is a taste of Peter Cajka‘s post at Religion in American History blog:

Over drinks at the 2018 American Catholic Historical Association, a cabal of American religious historians imagined an alternative conference model. Kathleen Holscher, current president of the ACHA, brought the group together through texts and facebook messages.  Several ideas were floated (libations were being consumed), and many quickly discarded as outlandish. Then one of the revolutionaries, John Seitz of Fordham University, proposed a novel approach: what about taking each letter of the ACHA and offering a critical take on that specific word? The words of our organization’s acronym could provide a launching pad for a range of fresh interpretive spins on nationhood, Catholicism the discipline of history, and the actual organization. The panels have been self-consciously created as “Critical” investigations of each term: American. Catholic. Historical. Association.

The plan is a reality. The conference will feature four panels, each one dedicated to a “critical term”:

The location and the participants are listed below.