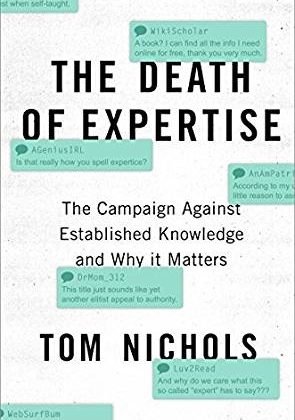 Here is a taste of historian John Turner‘s post at The Anxious Bench:

To what extent should non-academics defer to academic historians on matters of history? John Fea faulted Merritt for being snarky and dismissive (“maybe you should think some more”) to a historian who has written books about precisely the subject matter at hand. Rather attempt to define the word “evangelical” on Twitter, Kidd recommended that Merritt “check out my books on the topic, including my definition of evangelicalism.” Good idea!

I’ve of two minds here. If someone told me that I should think more about whether Mormons are Christians, I might point him or her to my book on the subject. On the other hand, the recommendation of one’s books as an answer to a question rarely goes over well.

And at his personal blog The Pietist Schoolman, Chris Gehrz (editor-in-chief at The Anxious Bench), reflects on the dust-up in the context of his own work as a historian and generalist.

I’ve only half-followed the recent Twitter dust-up between historians Thomas Kidd and John Fea and journalist Jonathan Merritt. You can get caught up to speed with this morning’s Anxious Benchpost from John Turner. Throw in editor John Wilson (who rose to the historians’ defense), and you’ve got several of my favorite Johns/Jonathans sparring over what it meant to be evangelical in the 18th century — especially if you were an enslaved African American like poet Phillis Wheatley.

All of that is interesting, and pointing at some philosophical questions about doing the history of evangelicalism (as Fea explained this morning in part two of a new series on the topic). But I was actually more struck by a larger issue: the place of expertise in an age of Twitter.