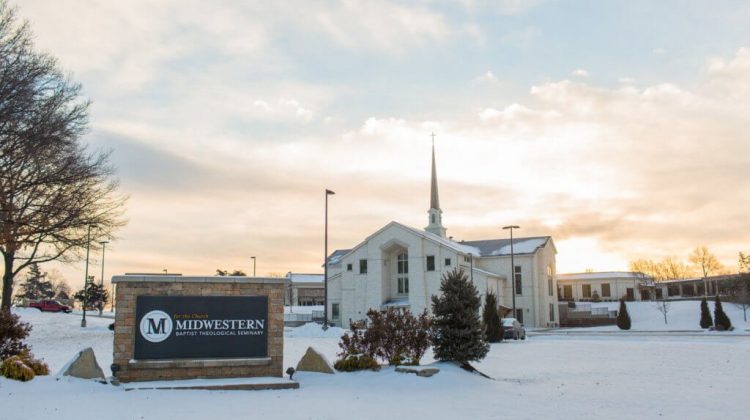 I am not sure which part of Wayne Grudem‘s theology Midwestern Baptist Seminary professor Owen Strachan admires more:  Grudem’s belief that women should serve as “compliments” to their husbands or his belief that the gift of prophecy is real.  (Side note:  I wrote about Grudem’s views of prophecy here).

In a recent post at Midwestern’s website, it seems like the later.  Strachan disagrees with a decision by the Council for Christian Colleges & Universities and National Association of Evangelicals to propose an legislative initiative that would protect religious liberties alongside liberties for the LGBTQ community.  Read our post here.

Strachan writes with a sense of prophetic urgency.  “Are you paying attention?, he asks his fellow conservative evangelicals.  He adds: “The evangelical movement–and the religious community more generally–seems largely asleep in the face of its peril.”  But Strachan does not just have an honest disagreement with the CCCU and NAE.  He seems to be pretty certain that he is on God’s side and the dozens of Christian colleges in the CCCU and denominations in the NAE are on the side of Satan.  Here is a taste of his piece:

It is remarkable to observe the church’s silence or quiescence on these matters in our time. The evangelical movement seems not to know of the danger it faces in America. We do not wage war against flesh and blood, no, but we cannot miss that the LGBT lobby and its many willing partners seek to target and shut down Christians and Christian institutions who stand against the new sexual orthodoxy. If we are paying attention, we are seeing all sorts of quiet policing taking place on social-media platforms. Vimeo, Twitter, Patreon, Facebook: these and other organizations believe they are advancing justice by silencing those who dissent from mainstream orthodoxy. Free speech is challenged today, but not only at the more identifiable public level (the government). Free speech (and free thought) is increasingly imperiled at the private level, where it is especially difficult to spot and oppose. All this, by the way, is seen as righting the wrongs of the 2016 election, making America a more just society, and bringing gender equity to our body politic. This is, in other words, a system of righteousness, secular righteousness, and it comes by a new law that is ironically shorn of religion but championed with religious fervor.

Let us think for a moment of the broader conflict here. Part of Satan’s strategy is to use any means he can find to shut down the church. Satan’s major target is not the intellectual dark web. Satan’s major target is the body of believers who love and promote the gospel of Christ crucified and resurrected for depraved sinners like us (1 Peter 5:8). In every country on the earth, among every people group there is, Satan wants to do everything he can to destroy access to the gospel, belief in the gospel, and the very people who are claimed by the gospel. He is a waging a massive, multi-front war across every inch of the globe to deny God his rightful glory and to shred the blood-bought people of God. He does this not only by tempting Christians to sin, but by creating public and private structures that limit access to the truth. This world is not a neutral place. It is God’s world, but Satan wants it for his own. So, he works with great cleverness, great subtlety, and great daring to do everything he possibly can to oppose the work of God and the people of God.

We see an example of how to respond to Satan’s stratagems in the apostle Paul’s capture by the Romans (see Acts 22-26). I doubt your average evangelical has heard a solitary syllable about the significance of Paul’s self-defense for matters of conscience and public faith, but it matters greatly for our conversation. Satan will use any government, any body of leadership, he can to shut down the proclamation of the gospel. When he succeeds in his aims, and the state (or any group or leader) acts to quiet the church, what should Christians do? Paul shows us. When the Romans catch him in their net, Paul does not go quietly. He does not say, “Well, the life of the church matters, but the affairs of state don’t rate. I guess it’s prison for me, and then death.” No, Paul appeals to his Roman citizenship (beginning in Acts 22:25). He lives to fight another day. He refuses to accept his easy persecution and silencing. Even in prison, he continues the fight, as Acts shows, and he redeems the extra time his maneuvers buy by writing several epistles of the New Testament. Think about that: if Paul hadn’t made his citizenship appeal, and hadn’t fought his unjust persecution, we would not have the New Testament we have.

Christians in the twenty-first century should learn from Paul. We should not work with the Roman government to hammer out a way we can bow to Caesar, but also bow to Christ. We should follow Christ only.

I don’t have any other word but “fundamentalism” to describe Strachan’s post.  He is right.  Other Christians are deluded by Satan.  Everything is black and white.