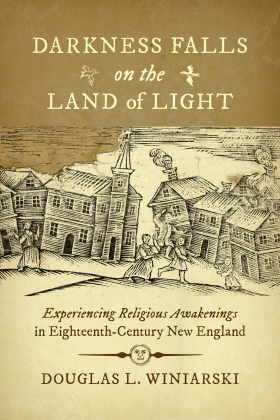 (This is the first post in a series on the word “evangelical” in the eighteenth-century and today).

If the Jonathan Merritt dust-up had a positive result, it was that it got historians thinking again about the meaning of the word “evangelical.”  There has been a lot of good Twitter banter on the subject.

(Caveat:  My criticism of Merritt had less to do with the definition of “evangelical” and more to do with his attack on a historian I respect and the idea of historical expertise in general. If you go to his Twitter page he says that I attacked his credentials and platform.  He is right.  I did criticize his platform, but not because I don’t think he uses it well or it  is bad to have a platform.  I criticized his platform because I wanted to make clear that his Twitter followers and “influencer” accolades do not qualify him to denounce historians like Thomas Kidd, a historian who has spend his whole career studying a subject.  In other words, you cannot simply dismiss decades of scholarship in a few tweets.  But I digress).

In the age of Trump, everyone seems to have a definition of the word “evangelical.”  As Linford Fisher has argued in a recent essay in Religion & American Culture, the meaning of “evangelical” has been contested for a long time.

What is interesting to me is the way that evangelicals and former evangelicals seem to be so invested in the definition of the term.  Everyone is angling for a definition that will support their present-day understanding of American religious life.  Some are ex-evangelicals or progressive evangelicals trying to find a usable past to justify their belief that white evangelicals are racists, patriarchal, too wed to nationalism, etc.  Others are descendants of the neo-evangelical movement that emerged in the 1940s and 1950s and want to find a historic definition of evangelicalism that helps them strengthen that identity in the present.

There is nothing wrong with trying to find a usable past.  The past must always speak to the present in some way.  But when we get caught up in searching for a usable past there is always a danger of forgetting that the past is a foreign country.  This is especially the case when we start to dabble in eighteenth-century evangelical history, the subject of the debate between Kidd and Merritt.  And when you bring an African-American poet like Phillis Wheatley into the mix, the debates will take on added weight.

So let’s start first with the meaning of the word “evangelical” in the 18th-century British Atlantic World.  (I say “British Atlantic World” and not “13 Colonies” because historians of the 18th-century English-speaking world are in almost universal agreement that we cannot understand what is going on in British North America without understanding these colonies as part of a larger culture that spanned the Atlantic and included Scotland, Wales, Ireland, the Caribbean, and other so-called British provinces.  Today the students in my “Colonial America” answered a final exam question on this very topic.  My favorite book on this subject is Ned Landsman, From Colonials to Provincials: American Thought and Culture, 1680-1760).

As Fisher, and more recently Daniel Silliman, has noted,  the word “evangelical” has pre-18th century origins.  But in the 1730s and 1740s, a distinct Protestant culture emerged that was centered around a belief in the “new birth” or the “born-again” experience.  The phrase comes from the Gospel of John when Jesus said to Nicodemus, “Truly, truly, I say to you, unless one is born again he cannot see the kingdom of God.” (John 3:3).  There was an eighteenth-century religious movement that rose-up around the idea of the “New Birth and the inward-looking pietism that came with such an experience.  Some used the adjective “evangelical” to describe this movement and to separate it from other forms of Christianity that may have still believed in something akin to a born-again experience, but did not privilege it.  (I should add that I am talking here about the word “evangelical.”  The word “evangelicalism” does not appear in any 18th-century works published in America in the 18th century or at least the books, pamphlets, and broadsides that appear in the Evans Early American Imprints database).

For example, in Scotland those who favored the new birth and the Holy Spirit-infused experiential piety that it produced were called, and called themselves, the “Evangelical Party.”  (As distinguished from a “Moderate” Presbyterian party that drew heavily from the Scottish Enlightenment and opposed revivalism).  It is telling that when the champions of evangelical religion who founded the College of New Jersey at Princeton needed a new president in 1768 they turned to the Scottish clergyman John Witherspoon because he was the leader of Scotland’s Evangelical Party.  There was clearly a transatlantic evangelical movement that was discernible and real and it was defined by a commitment to the new birth.

Some historians go even further when using the term “evangelical” in the eighteenth-century context.  Historian Douglas Winiarski is one of them.  Here are a few passages from his Bancroft prize-winning book Darkness Falls on the Land of Light: Experiencing Religious Awakening in Eighteenth-Century New England (Omohundro Institute/UNC Press, 2017):

p.8: “Darkness Falls on the Land of Light examines the breakdown of New England Congregationalism and the rise of American evangelicalism during the eighteenth century.”

If I read him correctly, Winiarski thinks the Bebbington Quadrilateral” is weak because it does not do enough to define 18th-century evangelical religion as a predominantly spiritual movement.  (Tommy Kidd makes a similar argument in The Great Awakening: The Roots of Evangelical Christianity in Colonial America.  Winiarski writes (p.16-17):

David Bebbington’s frequently cited quadrilateral definition–conversionism, biblicism, activism, and crucicentrism–masks far more than it illuminates the popular religious cultures of the eighteenth-century British Atlantic.  In New England, Whitefield’s fascination with conversion as an instantaneous event was quite unlike the more traditional seventeenth-century puritan morphology of conversion, which ministers and lay people often conceptualized as a lifelong pilgrimage through the wilderness of the world.  Although provincial Congregationalists were steeped in the scriptures, during the Whitefieldian revivals and the decades that followed new converts such as Hannah Corey learned to think of the Bible as a detextualized voice that pierced their minds with supernatural force…The “people called New Lights” diverged from their puritan ancestors in two specific ways: their preoccupation with Whitefield’s definition of the new birth and their fascination with biblical impulses.

It appears that those scholars, like Winiarski, who do not have a political or religious stake in the historical meaning of the word “evangelical” today seem to have no problem using the term or identifying it primarily with a theological/spiritual definition.  Winiarski uses “evangelical,” “evangelicalism,” “New Lights,” and “Whitefiedarians” as synonyms.  Whatever “evangelical” or “evangelicalism” means today, it was always understood as a spiritual movement in the eighteenth century.

So Winiarski seems to think that there was definitely some kind of spiritual “movement” that we can describe as “evangelical.”  He is not alone.  These works also make a similar case:

Susan O’Brien, “A Transatlantic Community of Saints: The Great Awakening and the First Evangelical Network, 1735-1755,” The American Historical Review (1986)

Mark Noll, The Rise of Evangelicalism: The Age of Edwards, Whitefield and the Wesleys (Inter-Varsity Press,  2011).

So I think it is safe to say that there was an evangelical movement in the 18th-century.  It revolved primarily around a commitment to the New Birth.  All of the authors above would also agree that changes in consumer culture, print culture, increased human mobility, celebrity, and other non-religious factors became staples of this movement or helped it grow, but these are all secondary factors in explaining what the movement was, in essence, all about.

I will stop there.  In my next post I want to talk about some folks who want to define evangelical as primarily something other than a spiritual movement.  And I also eventually want to discuss how Phillis Wheatley may or may not be related to this eighteenth-century movement.