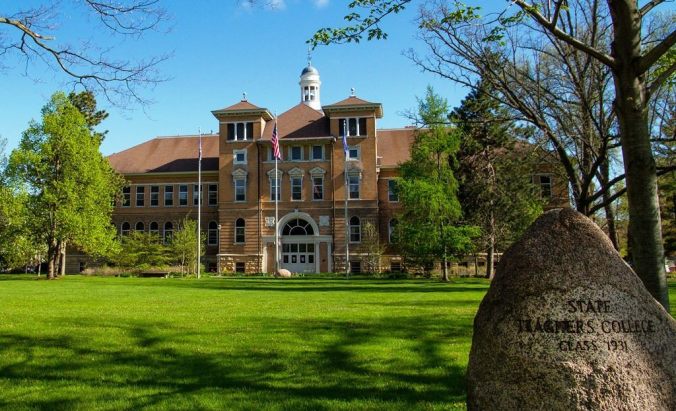 Adam Harris, education writer at The Atlantic, tells the story of cuts to liberal arts programs and majors in the University of Wisconsin system.  Here is a taste:

For many years, Wisconsin had one of the finest public-university systems in the country. It was built on an idea: that the university’s influence should not end at the campus’s borders, that professors—and the students they taught—should “search for truth” to help state legislators write laws, aid the community with technical skills, and generally improve the quality of life across the state.

Many people attribute the Wisconsin Idea, as it is known, to Charles Van Hise, the president of the University of Wisconsin from 1903 to 1918. “I shall never be content until the beneficent influence of the University reaches every family of the state,” Hise said in an address in 1905. “If our beloved institution reaches this ideal it will be the first perfect state university.” His idea was written into the mission of the state’s university system, and over time that system became a model for what public higher education could be.

But the backbone of the idea almost went away in 2015, when Governor Scott Walker released his administration’s budget proposal, which included a change to the university’s mission. The Wisconsin Idea would be tweaked. The “search for truth” would be cut in favor of a charge to “meet the state’s workforce needs.”

To those outside Wisconsin, the proposed change might have seemed small. After all, what’s so bad about an educational system that propels people into a high-tech economy? But to many Wisconsinites, the change struck at the heart of the state’s identity. They argued that the idea—with its core tenets of truth, public service, and “improving the human condition”—is what makes Wisconsin, Wisconsin.

Walker ultimately scrapped his attempt to alter the Wisconsin Idea, claiming that his administration hadn’t meant to change it, that it was just a “drafting error.” And so the Wisconsin Idea was preserved—at least in an official sense. But though the words survived intact, many Wisconsinites believe that in the years since, the change Walker had proposed has taken place nevertheless. And one of the state’s institutions, the University of Wisconsin at Stevens Point, is the epicenter of that change.

In mid-November, the university announced its plans to stop offering six liberal-arts majors, including geography, geology, French, German, two- and three-dimensional art, and history. The plan stunned observers, many of whom argued that at a time when Nazism is resurgent, society needs for people to know history, even if the economy might not. But the university said it just was not possible: After decades of budget cuts, the most extreme of which came under Walker, Stevens Point no longer had the resources to sustain these six majors.